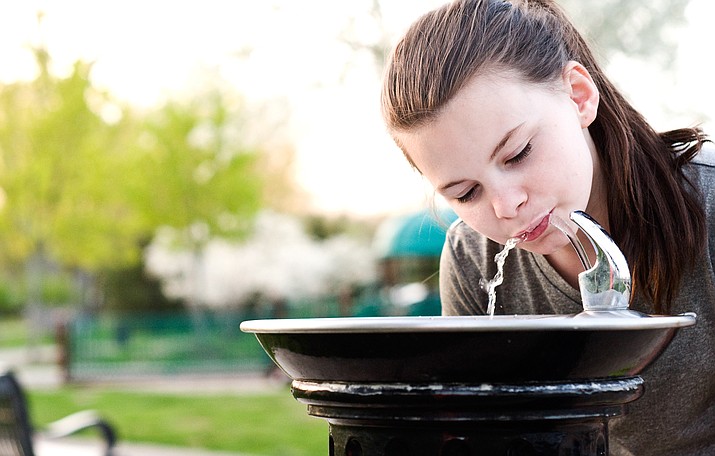 ADEQ will be testing schools that use city water or private water systems.

WILLIAMS, Ariz. — Many rural school districts were spooked when hearing of the Flint, Michigan water crisis but problems with lead in school water supplies have dragged on for years. Aging buildings and ancient plumbing along with few federal restrictions has largely left most schools across the United States on their own when it comes to lead testing.

In Arizona, the Arizona Department of Environment Quality (ADEQ) has recently announced their intent to target 1,000 schools across the state for lead testing. This list includes Williams Unified School District.

According to the Centers for Disease Control and Prevention (CDC), high blood lead levels in children can stunt their mental development and damage a wide range of organs. They say even smaller amounts can affect children’s intellectual development and the agency says no level of lead is safe.

According to ADEQ, the testing is a proactive measure designed to see if lead levels in the water are at levels that may pose harm to children’s health.

The testing is expected to take six months to complete and includes taking a total of 14,000 samples from more than 7,000 buildings across 205 districts.

ADEQ will be testing schools that use city water or private water systems. Schools were chosen based on three factors. The first was the year the school was built. Buildings older than 1987 have a higher likelihood of having lead in the materials with which they were built.

The second factor ADEQ looked for was schools that have a high concentration of younger children, such as in a day care or pre-kindergarten program. The CDC has determined that younger children are especially susceptible to lead hazards.

ADEQ states they do not have a clear picture of the state’s school water purity. This is the first time the state has conducted mass-testing of schools.

To ensure maximum reach for the screening program and overall success, the ADEQ is asking participating schools to join the sampling team and collect drinking water samples. ADEQ will provide all samplers with a toolkit including sample instructions, collection containers and prepaid shipping boxes to mail the samples to contracted laboratories for testing at no cost to schools.

Lead contamination may be present in school drinking water even when a school’s water provider is in compliance with the federal lead drinking water standard of 15 parts of lead per billion parts of water (15 ppb). School drinking water may become contaminated as water moves through a school’s plumbing system where lead from materials and fixtures, such as water fountains, faucets and water heaters, may leach into the water. The risk of lead leaching increases with intermittent water use (e.g., schools often are closed on weekends and have several extended school breaks throughout the year when water lines are not being flushed).

In Arizona, the most commonly known sources of lead include lead-based paint in older homes, some household products including antique or imported toys, antique furniture, imported spices and candies, and lead-glazed pottery used for cooking. While drinking water is not considered to be a common source of lead in Arizona, eliminating exposure to lead in drinking water is an important step in reducing a child’s overall exposure to lead in the environment.

The U.S. Environmental Protection Agency’s standards for lead content in plumbing materials and fixtures underwent significant improvements in 1987, with the intention of reducing the potential for lead contamination of drinking water. Therefore, ADEQ, in consultation with ADHS, the Arizona School Facilities Board (SFB) and the Arizona Department of Education (ADE), focused the screening program on school buildings constructed prior to 1987, before the more protective construction standards went into effect.