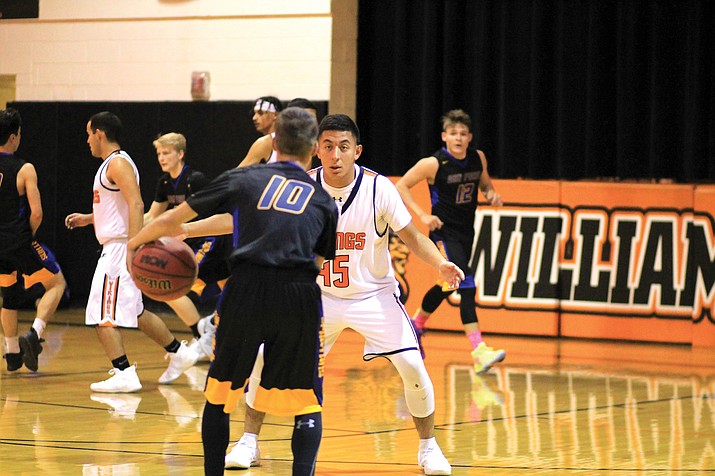 The Vikings boys got off to a strong start and beat the Spartans 61-38 at home.

Payce Mortensen led the scoring for the Vikings with 15, followed by Juaquin Gutierrez with 13, William McMenamin with 11 and Zack Perkins with nine.

The Vikings shot 44 percent from the free-throw line with McMenamin drawing a number of fouls under the basket. McMenamin made 5-for-9 from the line, followed by Gutierrez and Lopez with 2-for-3. 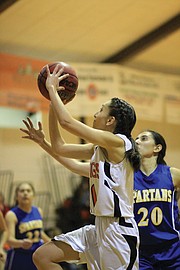 Veronica Hernandez takes a shot during a Dec. 19 game against the Ash Fork Spartans.

The win put the Vikings at 5-2 in the 1A Central region and 10-4 overall. Williams is currently ranked third in the region behind Joseph City and Cibecue.

The Vikings head to the Chandler Prep tournament Dec. 28-30 and then return home to face St. Michaels on Jan. 8. at 7 p.m.

Amaryssa Orozco led the scoring for the Lady Vikes with eight. Orozco went 3-for-9 in field goals and 2-for-2 in free throws.

Aliyah Alvarado and Maegen Ford each brought in seven points for the Lady Vikings.

Maddie Jensen, Ford, and Alvarado each had one 3-pointer for the team.

Ford led the defense for the team. She had five rebounds, three assists, two steals and forced 10 turnovers. Hernandez followed with two rebounds and eight turnovers.

The win moved the Lady Vikes to 4-2 in the 1A Central region and 6-7 overall. They are ranked fourth in the region behind Grand Canyon, Cibecue and Mogollon.