Carbon monoxide: the silent killer and how to protect yourself
Annually around 400 people die from carbon monoxide poisoning, with 36 percent of the deaths occurring in December, January and February 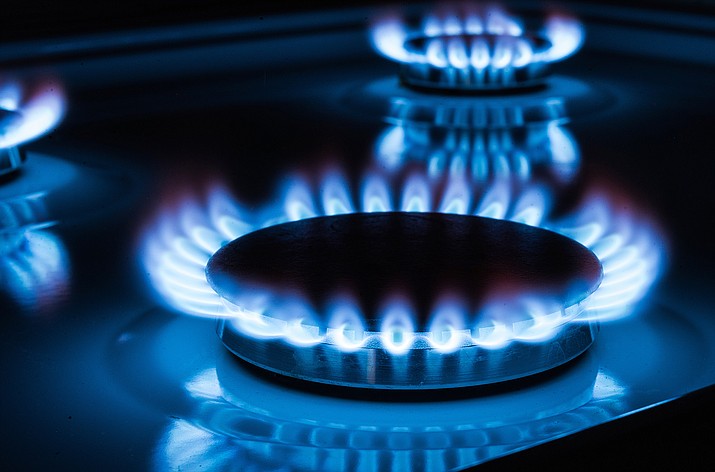 Six of the most common sources of carbon monoxide poisoning include gas space heaters, furnaces and chimneys, improper venting, gas stoves, generators and other gasoline powered equipment and automobile exhaust from attached garages.

WILLIAMS, Ariz. — Connie Hiemenz never imagined she would become an active campaigner for carbon monoxide poisoning awareness, but in the early winter of 2000, after her own harrowing experience, she began taking every opportunity to shed light on the dangers.

Hiemenz, and her husband, Bernie, had lived in Williams since 1985 and were excited about the purchase of their new home. They began settling in and welcomed a visiting friend.

As the temperatures began to drop that winter, the Hiemenz’s looked forward to cranking up the forced-air gas furnace, which was something they had never had in their previous homes.

“I had a terrible headache,” she said. “And I never get headaches.”

She came out to the living room of the house and laid on the couch for the rest of the night. When she woke in the morning, she still had an intense headache and her legs felt weak.

“Bernie and our house guest, Earl, came out that morning and felt fine,” Connie said.

Connie said she didn’t know what was wrong, but felt bad enough to have a friend take her to the health clinic.

“Dr. Vasquez looked at me and he couldn’t figure out what was wrong,” she said.

Connie said she believes she was given anti-nausea medication and something for the intense headache and then headed home.

“I was gone for three hours and by the time I got home, I felt pretty good,” she said.

As the afternoon progressed into evening, Connie began making dinner and said she began feeling ill again. She lay down on the couch and later that evening Bernie and Earl came home and went straight to bed.

After another two nights of sleeping on the couch, Connie said she just kept getting sicker and sicker, while Bernie and their friend felt fine.

“I woke up that fourth morning thinking ‘I’m going to die,’” she said. “I had no doubt I was going to die and I didn’t know what was wrong with me.”

That same day, Bernie had a meeting in Flagstaff for work. He left the house and stopped at City Hall on his way to Flagstaff.

“I just began feeling so bad, I called the city offices and said if Bernie hasn’t yet left, tell him to come home,’” Connie said.

Improperly operating or improperly vented appliances can produce elevated — even fatal — carbon monoxide concentrations in your home. Likewise, using kerosene heaters or charcoal grills indoors, or running a car in a garage, can cause levels high enough to result in carbon monoxide poisoning.

Common sources of carbon monoxide include the following wood or gas fueled appliances:

When Bernie arrived at the house, he said he caught a whiff of exhaust fumes when he opened the door. He called the gas company which immediately came with a carbon monoxide detector.

“He looked at his readings and said ‘Your house is toxic, you have to get out,’” Connie said. “He asked if I was sick and said I had to get out of the house.”

The gas company employee began looking at the home’s appliances with Bernie and they found a panel had fallen off of their forced-air gas furnace.

“So instead of the exhaust going up and out the chimney, it was sucked into the blower and into the house,” Bernie said.

The Hiemenz’s eventually figured the reason that Connie was sick but neither Bernie nor the house guest were sick was because the heat vents into the bedrooms had been shut-off to keep the rooms cool. However, two vents were open directly above the couch.

“So every time I lay down on the couch, I was directly breathing the carbon monoxide coming through the vents,” Connie said.

After the home was aired-out, and the Hiemenz’s fixed the panel on the furnace, they immediately purchased two carbon monoxide detectors for the home.

“I think I should have gotten a cut on carbon monoxide detectors at Old Trails after that,” Connie joked. “I think every one of my friends ran out to buy one after I told my story.”

The Hiemenz feel thankful they survived the poisoning and realize how close they came to a catastrophic outcome and try to use their story for others to learn about that dangers.

“What happens is the carbon monoxide takes the place of oxygen in your blood,” Pearson said.

Pearson said when a person breathes in carbon monoxide, it enters the lungs and binds to the hemoglobin in red blood cells. He said the problem is that hemoglobin binds to carbon monoxide over oxygen, so as the level of carbon monoxide increases, the amount of oxygen the blood carries to cells decreases. This leads to oxygen starvation or hypoxia.

What can I do to prevent carbon monoxide in the home?

*Death from CO poisoning can result without any symptoms, in which case the victim simply falls unconscious.

Carbon monoxide is found in fumes produced by portable generators, stoves, lanterns and gas ranges, or by burning charcoal and wood. Carbon monoxide from these sources can build up in enclosed or partially enclosed spaces. People and animals in these spaces can be poisoned and can die from breathing carbon monoxide.

“Prevention is the best tool,” Pearson said. “Always follow the manufacturer’s recommendations for any gas appliance.”

“If it’s not designed to be used inside, you should never use them inside,” he said.

What do I do if I think I have carbon monoxide in my home?

According to Unisource Energy Services spokesperson Joseph Barrios, the first step anyone should take when they suspect a carbon monoxide leak is to get out of the house and call 911.

“Whether they think its carbon monoxide, fire or whatever the safety concern might be, we simply advise them to get to a safe place and call 911,” he said.

“They will get in touch with us and we will respond as fast as we can,” he said.

Barrios said customers are also encouraged to call UES and visit their website at www.uesaz.com if they have non-emergency questions or other concerns about the gas services in their home.