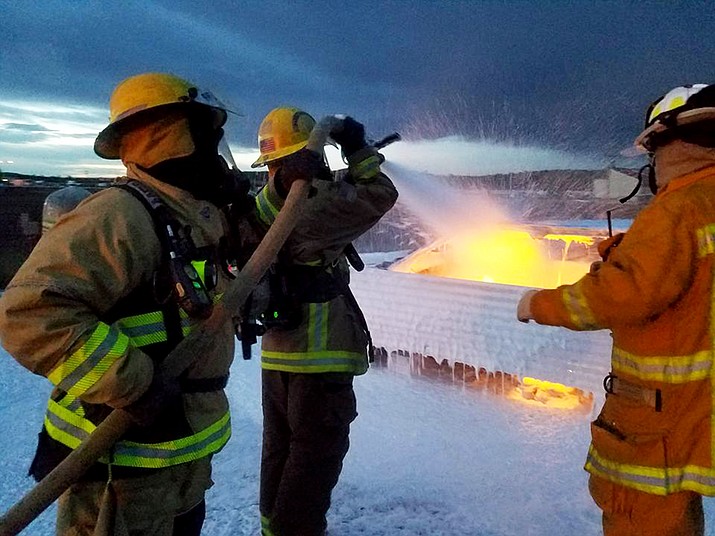 WILLIAMS, Ariz. — Lights, decorations and trees are what many people associate with the holidays. While the holidays are a joyful time to enjoy food, family and friends, it can also be a time when homes are more prone to fires.

The Williams Fire Department has a theme this holiday season — Put a Freeze on Winter Fires.

According to the National Fire Protection Association, 30 percent of all home fires and 30 percent of home fire deaths occur during the months of December, January, and February. To prevent injury and promote safely enjoying the holiday season, Williams Fire offers several tips.

“Many fires are from heating and people overloading circuits,” said Williams Fire Captain Ryan Kopicky. “Whether it be Christmas lights or other appliances in the house.”

Kopicky said it is important to keep flammables at least three feet from any heat source in the home.

“This would be things like fireplaces, wood stoves and space heaters,” he said.

Some residents heat homes with generators which create carbon monoxide.

“Carbon monoxide is often called the invisible killer, because it is odorless,” Kopicky said.

Kopicky said one of the best prevention measures is having carbon monoxide and smoke detectors in the house.

“That often gives people the time to be able to get out of the house and call 911,” he said.

Kopicky also said it is important to have a qualified chimney sweep inspect the chimney each year. Kopicky said the department responded to a chimney fire last year where two inches of creosote had built up inside the chimney.

“Make sure somebody qualified is doing it,” he said “Get it inspected, swept and get the stove cleaned out.”

Kopicky said the holiday season is also a good time to sit down with children and discuss a fire evacuation plan.