North Rim closed for the season 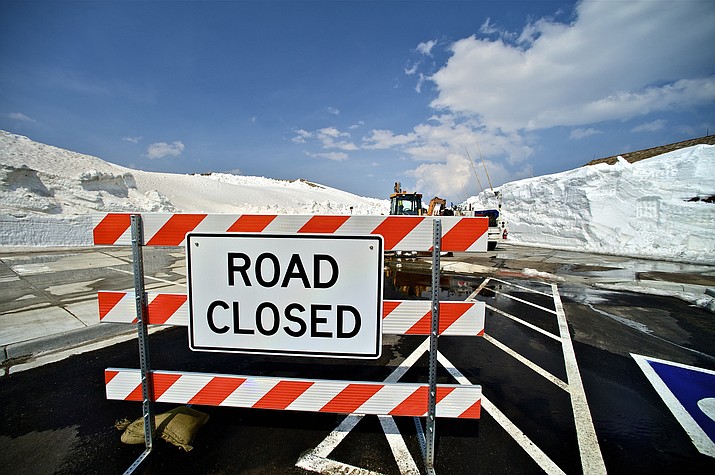 State Highway 67 is now closed at Jacob Lake. The North Rim is still accessible to hikers or skiiers with a valid backcountry permit.

NORTH RIM, Ariz. — As winter approaches in northern Arizona, the Arizona Department of Transportation will close State Route 67 between Jacob Lake and the North Rim of the Grand Canyon National Park Dec. 5.

SR 67 is closed annually for the winter season, typically from late November through early spring. ADOT does not remove snow from this 43-mile section of highway because visitor accommodations are closed for winter at the North Rim of the Grand Canyon National Park.

The highway will be closed to traffic outside Jacob Lake, at the junction of US 89A, and is scheduled to reopen in mid-May 2018.

DPS reminds travelers who may be driving through snowy areas to use caution and not to set out with just enough gas. If a vehicle becomes stuck in snow or mud, it may be necessary to run the engine for a few extra hours while waiting for help to arrive.

DPS also reminds travelers not to rely solely on GPS devices, as they can indicate unpassable or blocked roads.

Last December, Karen Klein and her family were rescued on the North Rim on Christmas Eve after their GPS device indicated they could travel along a forest service road after learning Highway 67 was closed for the winter. Klein hiked more than 25 miles in a driving snowstorm searching for help before her husband was able to make an emergency call from a nearby hilltop.

Most forest service roads are not maintained during the winter months and may become treacherous even when snow is not present, with vehicles becoming stuck in deep mud or ruts. Rangers recommend driving on these roads only with a four-wheel drive vehicle.

The North Rim of Grand Canyon National Park is also closed for the season. Those entering the park on foot can continue through or camp with valid backcountry permits.

State Route 64 remains open all year to the South Rim of the Grand Canyon National Park.