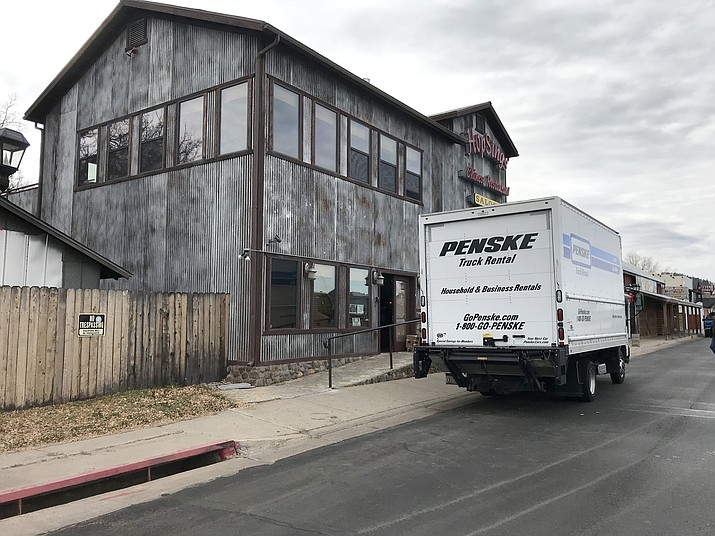 After nearly five years, the Route 66 Wellness Center in Williams is closing its doors.

Despite a handful or regular patients, Cannabis Research Group has decided to close the doors to their medical marijuana dispensary in Williams to be closer to its main customer, Desert Springs Cancer Care in Scottsdale.

“It’s going to be a whole different situation, but we aren’t going to leave anybody high and dry in this area,” said store Manager Phillip Alexander.

“They will actual ly be able to get on a new website and pay with a credit card instead of how it’s been with cash,” Alexander said.

The center opened following the passage of the November 2010 Arizona Medical Marijuana Act (AMMA), which allowed qualifying patients with a state issued identification car to obtain 2.5 ounces of marijuana every two weeks to treat chronic or debilitating diseases or medical conditions.

The passing of Proposition 203 made it mandatory under state law to allow for dispensaries under city ordinances.

When AMMA passed in 2010, Williams joined other cities and towns throughout the state to begin formulating their own medical marijuana ordinances.

In the spring of 2011, the Williams City Council worked with city attorneys to create rules for how dispensaries would run and be monitored in Williams.

In September 2012, Williams was presented with its first request for a medical marijuana dispensary when Cannabis Research Group met with the Williams Planning and Zoning Commission.

Despite some opposition from the community, which included a handful of protestors with signs, the Williams Planning and Zoning Commission voted 3-1 in September 2012 to recommend the city council approve the dispensary. The Williams City Council unanimously approved the facility a few weeks later.

The dispensary initially opened for business in a small building at 341 E. Route 66. Patricia Wuensche of the Route 66 Wellness Center said the dispensary began serving 12 patients of the 60 people in the area with medical marijuana cards. Many of the remaining cardholders were growing their own marijuana, she said.

In 2014, after two public hearings, the Williams Planning and Zoning Commission and Williams City Council approved a conditional use permit for the dispensary to relocate to the Hop Sings building at 324. E. Railroad Ave.

Moore said the dispensary was serving between three and 10 patients per day. The new location provided a kitchen to make infusion products such as brownies, cookies, salves and lip balms. It was also handicap accessible and provided more privacy for patients.

At the meetings, community members expressed concern about the message a marijuana facility would give to youth. Others were concerned with the effect on tourism and the Historic Route 66 image of the city.

Some residents were concerned that there would be an increase in crime in town and a rise in the use of recreational marijuana. Others were afraid if the move was approved, the business would continue to expand.

Some were concerned that children could eat marijuana infused foods. They also felt that if children got a hold of the infusion foods, it could lead to a drug habit. Other members felt that by allowing the dispensary to be in a prominent location such as the Hop Sings building, it would give a message to the community’s youth that recreational marijuana use is acceptable.

Tim Moore said he was surprised at the reaction and at the time believed the town would be more open-minded to the facility.

Moore said the dispensary’s primary focus was providing medical marijuana to the Desert Springs Cancer Care patients in Scottsdale, Arizona, but to also serve people in and around Williams with medical marijuana cards.

The commissioners informed those in attendance that neither the commission nor city council could deny setting up a facility in Williams. They could only set parameters for the creation of the dispensary sites. During the conditional use permit hearing, commissioners reminded the public that the meeting was just about the permit, not about whether the town can get rid of medical marijuana.

Moore said that having a dispensary in town was a good option for the town once the medical marijuana law passed.

According to Arizona Department of Health Services, AMMA allows a qualifying patient to request to cultivate if a registered nonprofit medical marijuana dispensary is not operating within 25 miles of the qualifying patient’s residential address.

Before the vote, council members commented that the dispensary was right for the community to prevent individual marijuana growing. They also said it was an ideal location for police to patrol.