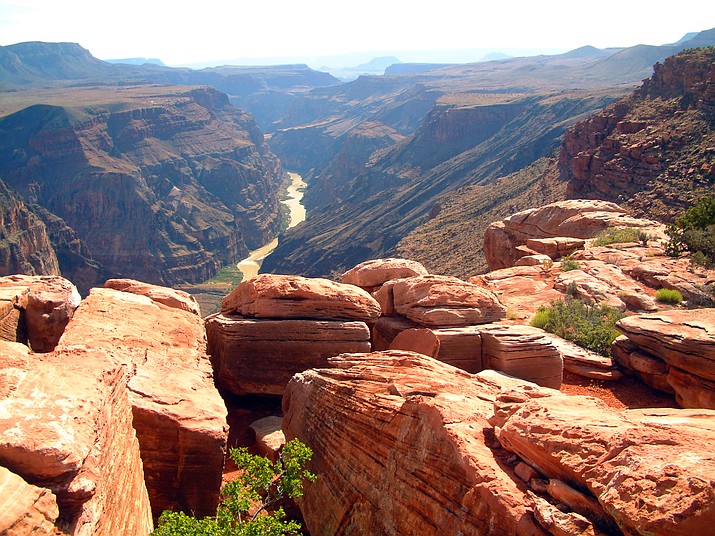 “Today I’m announcing that​ Grand Canyon-Parashant National Monument’s review process has concluded and I am recommending no changes be made to the monument​,” ​​Zinke said. “The land has some of the most pristine and undeformed geological formations in North America, which show the scientific history of our earth while containing thousands of years of human relics and fossils.”

Grand Canyon-Parashant National Monument is located in northwest Arizona at the western end of the Grand Canyon, encompassing just over 1 million acres north of the Hualapai Reservation and west of the Nevada state line. The monument was designated in 2000 by President Bill Clinton and is co-managed by the Bureau of Land Management and National Park Service.

So far, Zinke has cleared four other national monuments on the list, recommending that no modifications be made: Washington’s Hanford Ranch, Montana’s Upper Missouri River Breaks, Idaho’s Craters of the Moon and Colorado’s Canyon of the Ancients.

The fates of Arizona’s other three monuments currently under review — Ironwood Forest, Sonoran Desert and Vermillion Cliffs — are still undecided. Twenty-two monuments are still undergoing review, including one of the most contentious, Bears Ears in southern Utah. Zinke’s final report is due later this month.

Trump has referred to the national monuments designated under the 1906 Antiquities Act as an “egregious abuse of power” and a massive federal land grab,” citing in his executive order a lack of input of various stakeholders, including state governments, tribal officials and local residents. According to the order, “monument designations that result from a lack of public outreach and proper coordination with state, tribal, and local officials and other relevant stakeholders may also create barriers to achieving energy independence, restrict public access to and use of Federal lands, burden State, tribal, and local governments, and otherwise curtail economic growth.”

There is some debate about whether or not the president has the legal authority to eliminate designations made by previous administrations, should Zinke or Trump recommend shrinking or rescinding any of the monuments listed.

Mark Squillace, director of natural resources law at the University of Colorado, said in an interview with Politifact the Antiquities Law itself says nothing about a president being able to undo designations. Squillace pointed out that Congress included language giving the president authority to vacate orders setting aside land in similar contemporary laws as early as 1897, a fact he interprets to mean that had Congress wanted to allow the president to unilaterally undo previously-designated monuments, it would have included language granting him leeway to do so.

The laws don’t specify that monuments can never be abolished, only that the president himself does not have the power to do so. Squillace said the laws implicitly leave that power to Congress alone.

Tom Udall, (D-NM), tweeted recently that he believes the president does not have such power, and has publicly vowed to fight the administration if it chooses to try to eliminate any designated monuments.