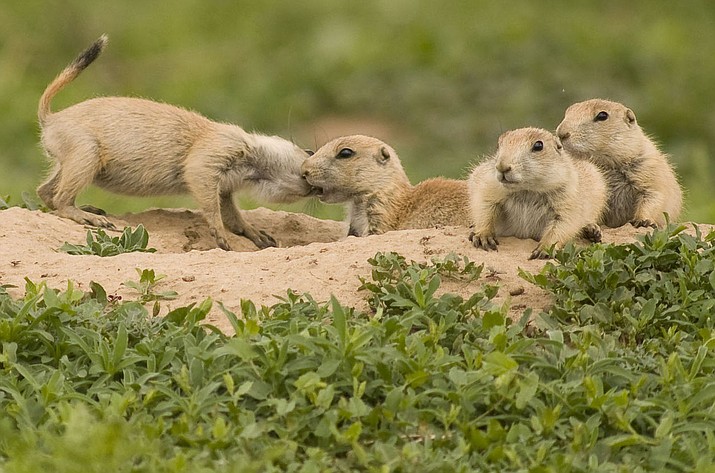 Navajo and Coconino County officials have both confirmed that fleas in the area tested positive for plague. Plague is an infectious disease infamous for killing millions of Europeans in the Middle Ages. (Natural History Museum of Los Angeles County)

The tests were conducted by the Center for Pathogen and Microbiome Institute at Northern Arizona University.

Health officials were alerted to the area when a concerned resident noticed a die-off of prairie dogs on the property, said Trish Lees, information officer with CCPHSD.

CCPHSD is notifying area residents. The burrows are being treated and the area will be closely monitored to determine if further action is required.

This is the first location in the county where fleas have tested positive for plague this year. Because the disease is endemic in Coconino County, there are likely additional locations with infected fleas. CCPHSD Environmental Health staff will continue to collect and test flea samples from locations throughout the county.

“Plague can be found in various locations across the county,” Lees said. “We ask that people follow the recommendations we have provided. The main thing is to stay away from burrows and keep pets away from burrows.”

Lees said animals can pick up the fleas from burrows and bring them back to the home. She also said de-fleaing pets is highly recommended.

CCPHSD is urging the public to take precautions to reduce their risk of exposure to this serious disease, which can be present in fleas, rodents, rabbits and predators that feed upon these animals. The disease can be transmitted to humans and other animals by the bite of an infected flea or by direct contact with an infected animal. To limit possible exposure, people are encouraged to avoid rodent burrows and keep dogs on a leash as required by Arizona State law.

“We encourage residents to keep an eye on prairie dog colonies, if they know they have colonies, and if they notice a rapid reduction in those colonies, a die-off, then we ask that they contact us and we will send someone out and test,” Lees said.

Lees declined to give a more specific location of the positive test site in Red Lake, but said she encouraged residents to take precautions around any prairie dog colony they encounter.

“We have the same recommendations for people in all areas, not just specific to that area,” Lees said.

Symptoms of plague in humans generally appear within two to six days following exposure and include the following: fever, chills, headache, weakness, muscle pain, and swollen lymph glands (called “buboes”) in the groin, armpits or limbs. The disease can become septicemic (spreading throughout the bloodstream) and/or pneumonic (affecting the lungs), but is curable with proper antibiotic therapy if diagnosed and treated early. In case of illness see your physician immediately as treatment with antibiotics is very effective.

Persons living, working, camping or visiting in areas where plague and/or rodents are known to be present are urged to take the following precautions to reduce their risk of exposure:

• Do not handle sick or dead animals.

• Prevent pets from roaming loose. Pets can pick up the infected fleas of wild animals, and then pass fleas on to their human owners. This is one of

the common ways for humans to contract plague. Cats with plague can also pass the disease on to humans directly thorough respiratory droplets.

• Use insect repellents when visiting or working in areas where plague might be active or rodents might be present (campers, hikers, woodcutters and hunters).

• Wear rubber gloves and other protection when cleaning and skinning wild animals.

• Do not camp next to rodent burrows and avoid sleeping directly on the ground.

• Be aware that cats are highly susceptible to this disease and while they can get sick from a variety of illnesses, a sick cat (especially one allowed to run at large outside) should receive care by a veterinarian for proper diagnosis and treatment to reduce human exposure to plague.

• In case of illness see your physician immediately as treatment with antibiotics is very effective.