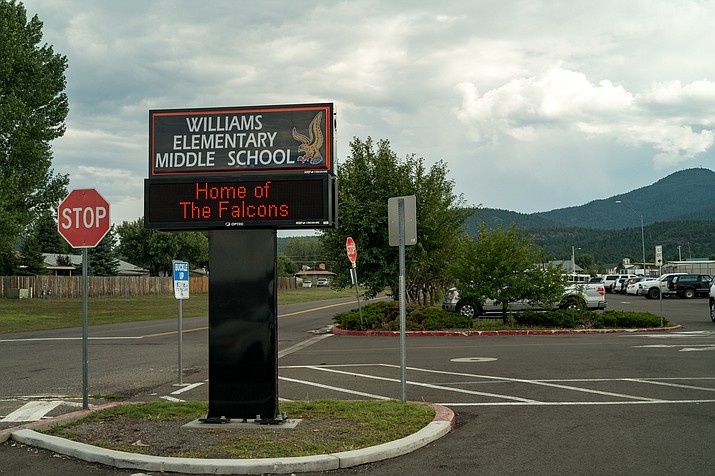 Williams Unified School District passed the 2017-2018 budget July 12. The district is seeking a continuation of the budget override for staff salaries at the polls Nov. 7.

Williams Unified School District (WUSD) is easing into the school year with the adoption of the 2017-2018 budget. The $6,859,122 final budget was approved by the WUSD Governing Board after a short discussion.

The tentative budget, approved on July 12, included the primary tax and a secondary tax.

The budget includes $4,889,626 for maintenance and operations, which includes $1,799,379 allocated for salaries and benefits. This is a 1.7 percent increase over FY 2016-2017. The budget includes $1,300,208 for unrestricted capital outlay, which allows districts to purchase items such as textbooks, furniture, computers, library books and software.

WUSD will hold a special election Nov. 6 to authorize maintaining the current 10 percent Maintenance and Operations (M&O) budget override. The current budget override has been in effect for over 10 years.

The state has made it possible for district voters to authorize additional funds specific to their district. These additional support dollars come in the form of overrides and bonds. The voters approve or deny these measures, and the funding to do so. Overrides and bonds show up on property taxes as a secondary tax rate.

“This is a continuation from previous years,” said WUSD Business Manager Joyce McNelly. “If it passes it won’t increase anyone’s taxes, it just keeps it the same as it was.”

According to McNelly, the district would lose approximately $380,000 if the budget override is not passed in November.

“If we lose the override, we will lose salaries,” said WUSD Superintendent Rick Honsinger.

The district has no bonds, just the 10 percent M&O budget override. The state allows up to a 15 percent override to the state budget formula. WUSD uses the M&O budget to pay teachers, pay utilities, buy cleaning products and purchase supplies that are needed for the operation of the school.

The current override was passed in 2012. Overrides are funded 100 percent the first five years, and then phase down for two additional years. The school district is on their last fully funded year, and without re-authorization will have to begin to make cuts to programming because of a lack of funding.

The state of Arizona funds schools through a complex formula that uses the district student count (number of students enrolled in the district) multiplied by a funding rate per student.

In a 2011 report by Arizona’s Education Financing, the breakdown shows the majority of funding lies with Arizona’s public school districts:

According to Honsinger, teacher pay is his biggest concern as the district heads into a new school year.

“My priority is to get quality people to stay here,” Honsinger said. “Not even just here, but I would just like them to stay in education.”

The study reported that 22 percent of teachers hired between 2013 and 2015 were not teaching in Arizona after one year, and 42 percent of Arizona teachers in 2013 left the profession all together within three years.

“The number one thing we need to do is pay our teachers better,” Honsinger said.

“If you have a thousand kids per grade level, you can divvy up and see how many teachers you need for that big group,” he said. “But for us we hover around 40-50 in a class. If you end up with small classes then you are paying too much and not getting enough money per student.”

At the high school, Honsinger said the staff is working toward getting more elective courses. This year the school is adding an automotive course.

“We definitely want to offer more CTE classes and more academic dual enrollment classes,” he said. “We’re gradually going in that direction. The problem is that if you add a new program, you pull students from another one.”

When asked what maintenance and facilities he would like to see addressed if there was more money for capital improvements, Honsinger said the parking lots, heating and cooling systems, and field maintenance are at the top of the list.

“But we always need more technology and supplies,” Honsinger said. “We just can’t keep up with technology, education is going that way more and more. We also need science and math supplies. Almost every grade has a wish list of supplies that they need.”

Honsinger said an all-weather running track is also on the dream list.