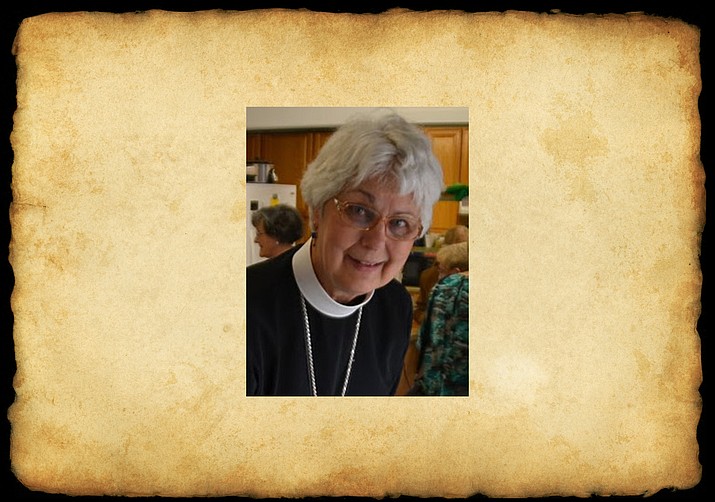 Mary Piotroski is the new vicar at St. John's Episcopal-Lutheran church in Williams.

The church welcomed Piotrowski in June after its former vicar, Father Marc McDonald, answered the call to be the rector of a parish in Kansas.

Piotrowski is a long-time Flagstaff resident. She recently retired as the rector of St. Andrew’s Episcopal Church in Sedona after serving for 13 years.

She became the rector at St. Andrew’s after graduating from the Episcopal Seminary of the Southwest with her Master of Divinity in 2003.

Piotrowski has been an active member of the Flagstaff community, having served on the Community Emergency Response Team, Coconino County Board of Health, Flagstaff Unified School District #1 Board and Flagstaff Family Food Center.

She is no stranger to St. John’s in Williams. While a student in seminary, she often led worship in the Williams church until she graduated and became the rector in Sedona. The church says it feels as though things have come full circle and said the church is blessed to have her return.