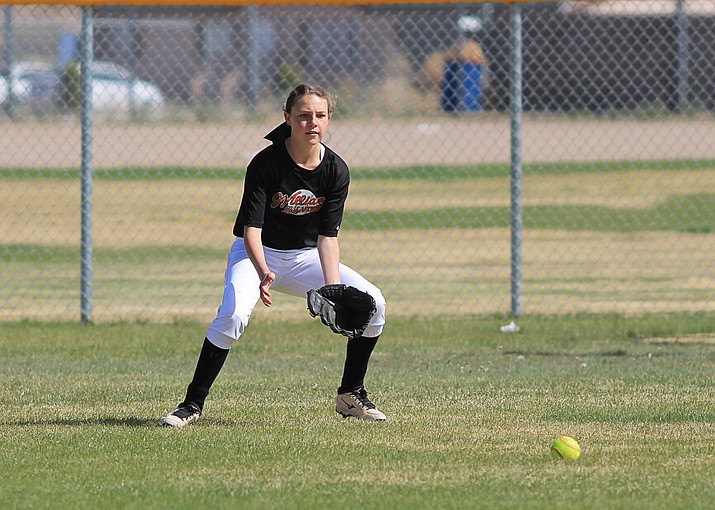 Maegen Ford fields a ball in the outfield.

Carsten Brinkworth fields a ball and throws to Tate Grantham at second base.

The Lady Vikings easily cruised to a 16-5 win April 19 and a 22-6 win April 20. Behind freshmen power hitters Maegan Ford and Jazlyn Romero, the Lady Vikes won with two over the fence homeruns for the Vikings.

Tate Grantham rounds the bases during the first game with Ash Fork April 19.

Kramer’s single in the sixth inning broke the 12-12 tie with Ash Fork with a single to center that brought in Brinkworth. 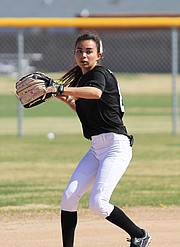 During the April 19 game, Lopez went 2 for 4 with a double, Kramer and Perkins went 1 for 3 and Grantham went 1 for 2 in the home game loss. Racher went 1 for 1 with a triple.

The wins move the Lady Vikings to 7-2 in the 1A Central section and 11-8 in the 1A Conference. They are second in the section behind Mogollon.

The Vikings baseball team is now 6-3 in the section and 14-9 in the conference.