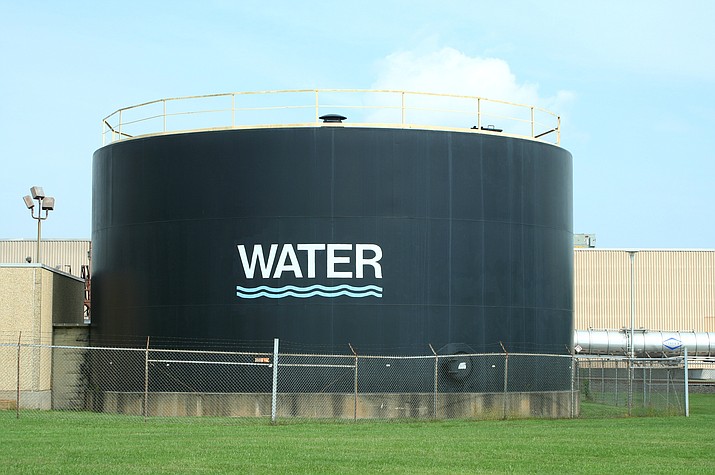 The city had opened bidding for the project April 4 and only received one bid from Paul R. Peterson Construction, which came in at $826,539. The project was budgeted for $400,000.

According to City Manager Skylor Miller, with the progress on the wells and the overflowing lakes, the city is now working to find additional capacity for water storage.

The city is hoping to replace the old Tabor Street tank with a 189,000 gallon tank.

Miller said the cost of the tank itself came back at $400,000 and the rest of the money was for site improvements and labor costs. He said the site location is steep with little room for staging.

“I think the original estimate (for the project) took for granted the difficulties that site presented,” he said.

“It’s a very tight site. There’s no staging area and they couldn’t get parallel contractors in at the same time.”

Miller said an alternative would be to upgrade the Third Street water tank by putting the grant toward new valves and a new pumping system.

“I think we could do that with a reasonable budget and I think it would be just as effective to add to the city’s capacity,” he said.

The city originally received a Community Development Block Grant (CDBG) from Northern Arizona Council of Governments (NACOG) in 2014. The grant is a United States Housing and Urban Development (HUD) program that provides funds for housing and community development activities.

NACOG oversees the planning of annual allocations and provides technical assistance for application as well as project success.

According to Mayor John Moore, the grant money the city received has been shifted between projects since that time.

“We’ve been dealing with this for three years and we’ve done a lot of reevaluations and modifications and I think we should stick with the program and see what happens,” Moore said.

Moore is concerned that if the city asks NACOG to put the money into another project, the city could lose the grant.

Moore’s other concern was the administrative and engineering fees the city had already accrued with the Tabor Street project and did not want the money to go to waste.

Councilman Don Dent suggested reevaluating whether the water tank could be placed at the location near Love’s Travel Stop, north of town.

“We have permission over by Love’s and I think we wouldn’t have had some of these issues (if the city considered that location),” Dent said.

Moore suggested the council have the city’s new engineering firm, Hazen and Sawyer, look at the project to see if the project could be completed within the city’s budget.

“Maybe we can have them look at this rather quickly and see if they can cut some of the fluff out,” he said.

Dent made a motion to reject the bid and have Hazen and Sawyer evaluate the Tabor Street, Third Street and Love’s locations for the water tank.

Councilmember Doc Wurgler seconded the motion and it carried 6-0.