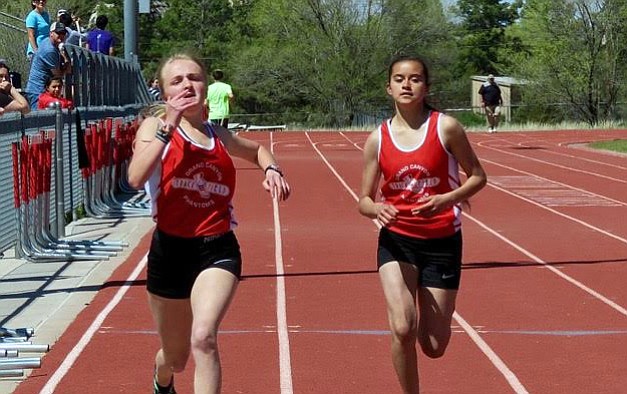 Kyla Pearce and Cayli Miles compete in the 200m dash. 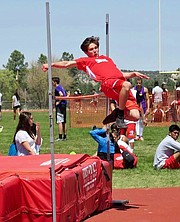 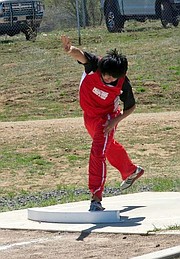 GRAND CANYON, Ariz. — The Phantom track and field team continues to set new records and break old ones as the 2017 season winds down.

The Phantoms continued their streak April 21 at Winslow, where both Kaska and Meme Jetter-Nanacasia secured spots in shot put at the state meet. Kaska threw 41-8, breaking his previous school record and ranking him 16 out of 231 competitors in Division 4. He also earned a spot in the discus throw with a distance of 120-2 and a rank of 22 out of 240 competitors. Jetter-Nanacasia is currently ranked 19 out of 199 shot putters and earned a new personal record with a throw of 29-4.

The girls 4x400 relay team is currently ranked 19th in Division 4. The top 18 relay teams in each event are automatically entered into the state meet — coach Elna Perkins said the girls have a chance to go to Mesa if they can shave three seconds off their time at the final meet at Snowflake April 26.

The girls 4x100 relay (Cayli Miles, Kyla Pearce, Mariela Montano and Emma Perkins) is also making strides — the team set a new school record with a time of 56:26, breaking the previous record set back in 1983.