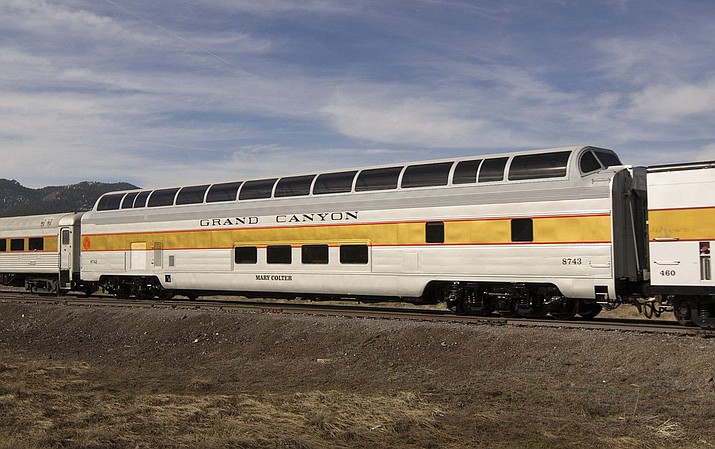 The Mary Colter is one of two luxury dome cars offered by Grand Canyon Railway. The car offers elevated seating and unobstructed views along the route from Williams to Grand Canyon Village.

The Mary Colter now joins the Fred Harvey as the train’s two luxury dome cars — cars with elevated seating and a glass-domed roof designed to give riders clutter-free view of the northern Arizona countryside on the two-and-a-half hour ride to the Grand Canyon. Each car measures 85 feet long and carries 66 passengers in the full-length elevated dome.

The Mary Colter entered service in 2017 after a year-long restoration, but it originated in 1955 and was called the ‘River View.’ It mainly served Great Northern Railway’s Empire Builder Train between Chicago and Seattle. Her sister car, the Fred Harvey, also served the Empire Builder as the ‘Mountain View.’ Eventually, the cars were sold to the Grand Luxe, where they served on the American Orient Express as the ‘New Orleans’ and ‘Copper Canyon.’ Both cars were purchased by Grand Canyon Railway in 2009.