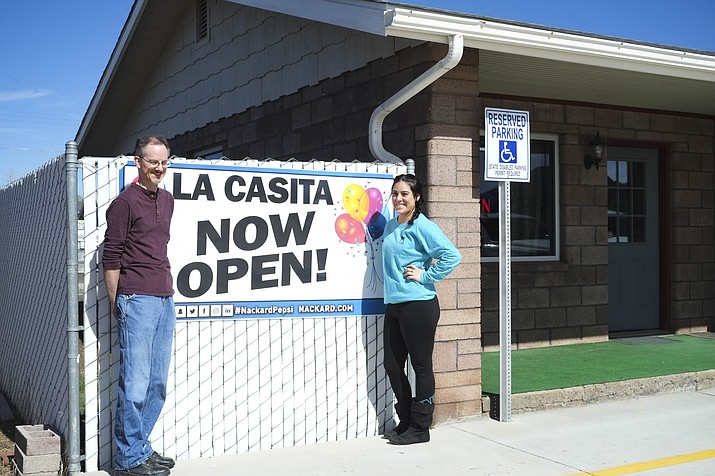 The owner of La Casita, Williams’ newest Mexican restaurant is excited to bring back some of Williams’ favorite recipes while trying out a few new ones as well.

Brian Augenstein, owner of La Casita, has worked at many local hotels and restaurants but one place stood out to him -Rosa’s Cantina. Augenstein worked at Rosa’s Cantina in Williams before it closed several years ago. While there, he became friends with Jose Hernandez, who worked as a chef at the restaurant. At that time, the Hernandez family had been in Williams since around 1991 and Jose had made a name for himself as a chef.

Since leaving Rosa’s, Augenstein and Hernandez have been working on developing restaurants.

For a short time Hernandez opened a restaurant in Flagstaff before closing it and joining Augenstein in Williams to open La Casita.

“He decided to close up there and I had already been working on trying to open something here,” Augenstein said. “I tried to buy out Rosa’s at one particular time, to take over the building, but that wasn’t feasible with what the bank wanted.”

Augenstein said he does plan to make the Hernandez family partners in the business.

“I just haven’t done that yet with everything going on, but I want to make them an equal partner,” he said. “Their kids work here now. They were really young when we all worked at Rosa’s.”

Augenstein said Hernandez has incorporated some of the same recipes that they used at Rosa’s into the menu at La Casita.

La Casita features a variety of enchiladas, tacos and chimichangas as well as American burgers, fries and sandwiches.

“Maybe for those who may not want Mexican food or for the kids,” Augenstein said.

Augenstein said he chose the building for La Casita because of its location. He said since opening, La Casita has seen a steady stream of visitors.

“It’s been fairly decent, the weekends have been good,” he said. “We’ve had a few slow days but that’s hard to say if it was the weather or us. We’ve had a lot of locals, they’ve been great in coming in to support us.”

La Casita does not currently serve alcohol, however, Augenstein plans to apply for a liquor license in the future.