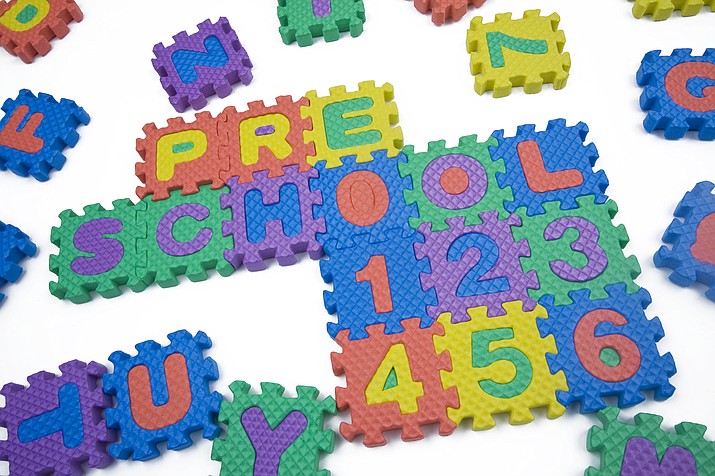 The grant will target families whose household income is above the qualification for the local Head Start preschool.

“Our goal is for the families not being served to have an opportunity for a high quality educational experience for their children before kindergarten,” said WEMS Principal Carissa Morrison.

Students whose family income is more than 100 percent of the federal poverty guidelines have no public preschool opportunities within the Williams community unless they qualify for special education services and attend the special needs preschool offered by Williams Unified School District (WUSD).

The grant gives WUSD up to $100,000 depending on the numbers who enroll, which will pay for startup money as well as program guidance and support that will serve low-income and moderate-income children.

“This will be an academic preschool,” she said. “It will have pre-kindergarten standards, which will focus on social skills and academics.”

Morrison said administrators of the program looked at income levels, Early Language Learner percentage, and other community preschool options before awarding the grant to WEMS.

She said she would like to extend the program to families at all income levels, although the grant has income limits.

“We hope to offer it on a tuition basis, if we have the space,” Morrison said. “So even if someone doesn’t qualify for the grant, as long as we have openings we can then offer it to anyone who can pay. That’s our hope.”

She said the grant will also allow WUSD to expand service hours for special needs four-year old students by doubling the number of hours they can attend preschool per day.

Morrison said the on-site preschool will benefit the community in several ways. She said WEMS kindergarten teachers report that many students arrive at school needing more socialization skills and a stronger academic foundation. She said an integrated preschool will offer consistency in curriculum, early phonics instruction and an overall familiarity with the school environment.

“These aspects will greatly improve children transitioning into kindergarten,” she said in a report to the WUSD governing board.

Morrison said research has shown that high-quality prekindergarten programs improve the academic, economic and social benefits of youth throughout their lifetimes. She said it will also help young families in which both parents work and are not able to provide strong academic support for their children.

According to the U.S. Department of Education, in 2014 more than a third (35 percent) of children lived in homes headed by single parents. Among single mothers, 71 percent worked outside the home, as did 82 percent of single fathers. And in families led by married partners, 61 percent both adults work. For these families, most seek some form of childcare for children not yet school aged.

According to the Foundation for Child Development, children who start school behind in cognitive and behavioral development often become trapped in a cycle of continuous catch-up in their learning.

They say the early years are a critical period in children’s learning and development, which provide the necessary foundation for more advanced skills.

Congress took a step toward addressing the lack of public preschools in 2014 by supporting the Preschool Development Grants program, a four-year, federal-state partnership to expand the number of children enrolled in high-quality preschool programs in high-need communities.

During the 2015–2016 school year, states used the grant funds to serve 33,000 additional 4-year-olds from low- and moderate-income families in more than 200 communities.

Over the four-year grant period, and with continued funding from Congress, these states are expecting to enroll an additional 177,000 children in high-quality preschool programs.

“We want everyone who is interested in the program to come to the open house,” Morrison said. “We don’t want anyone to be discouraged by income levels.”