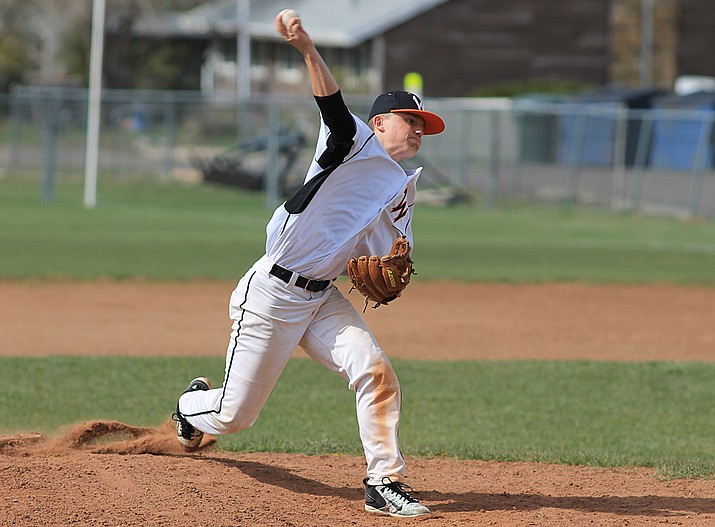 Kolby Payne pitches during a game with Greyhills Academy. 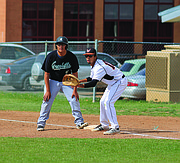 Joe Zabala waits for a hit.

The Williams Vikings softball and baseball teams were relentless April 11 when both teams beat Greyhills Academy in double headers in Williams.

After running up an eight point lead in the first inning, head coach Johnny Hatcher removed his varsity players and replaced them with the junior varsity team.

Mario Martinez waits for a hit at third base.

Viking Kolby Payne pitched three innings with one earned run, one hit and six strikeouts. Mario Martinez went 2 for 3 from the plate. Alex Howell was 3 for 4 with a double, Kolby Payne and Michael McNelly each went 1 for 2. Angel Ayala went 1 for 3 with a double.

Alaina Karlsberger begins her windup during a game with Flagstaff.

Following the Greyhills games, the Viking baseball team travelled to Needles, California April 14 and brought home a 16-4 win for the team.

The Vikings next face Ash Fork April 19 at home and April 20 in Ash Fork.

Jazlyn Romero waits for a hit at first base. 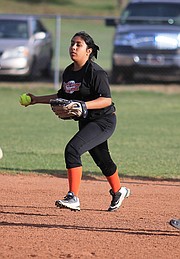