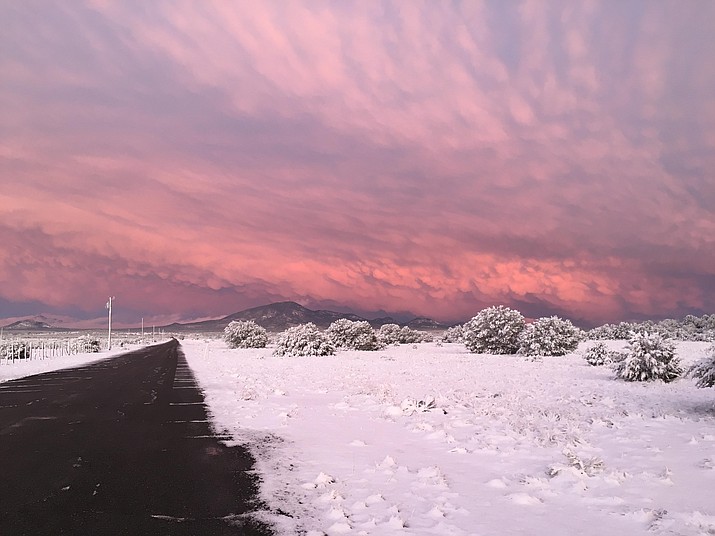 A spring storm rolled through Williams March 3 dropping up to an inch of snow on the ground. As the sun set after the storm, the northern Arizona sky was streaked with pink and purple clouds over the Red Lake area.

Northern Arizona experienced several above average warm days in March bringing in the fifth warmest March on record in Flagstaff.

The end of March was blustery with strong winds and a few snow showers.

The average temperature in March was about 41 degrees, which was 5 degrees above normal.

Precipitation was a little below normal with 1.79 inches of rain or snow falling March. March 22 and 23 were the wettest days in March with up to 6 inches of snow falling in the Williams area over those days.

High winds swept through the region causing some damage to buildings in the area.

Is the drought over? El Niño delivers wetter than average conditions to the southwest
Weather in Williams: La Niña winter on the way
Monsoons move Williams precipitation close to norm
Winter wallops Williams: Williams sees five inches of snow in first storm of season, amount above average for this time of year
High winds and cold temperatures expected in Williams
Event Calendar