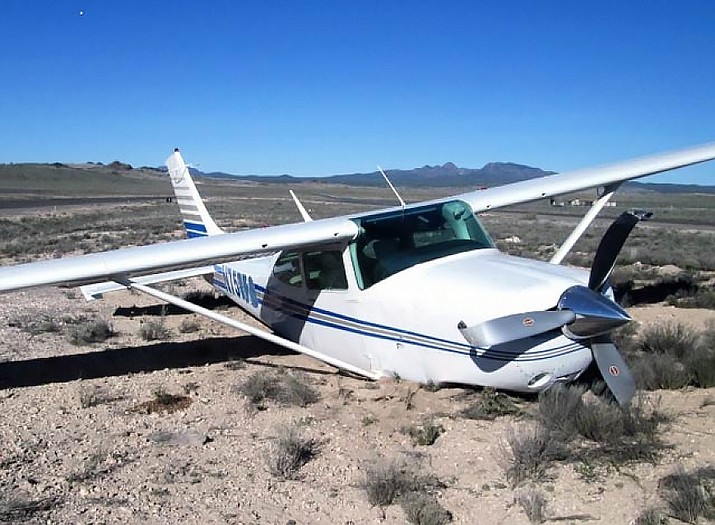 A damaged Cessna aircraft sits on the ground in Seligman after its pilot forgot to put the aircraft’s landing gear down.

Authorities say a small plane had a gear-up landing at the Seligman airport after the pilot forgot to lower the landing gear.

Yavapai County Sheriff’s deputies were dispatched to the airport around 4:30 p.m. March 29.

They reported finding a damaged Cessna aircraft on the ground between the taxiway and runway.

The pilot told deputies he was practicing takeoff and land -ing exercises and forgot to put the landing gear down.

Seligman fire crews were able to stop a small fuel leak from the plane.

The National Transportation Safety Board and the Federal Aviation Administration are investigating the incident.