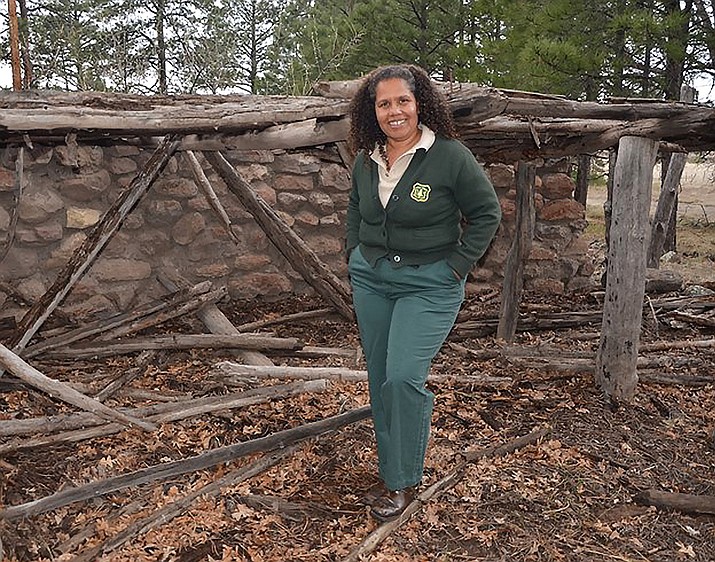 WILLIAMS, Ariz. — A quote by Jacques Yves Cousteau says, “What is a scientist after all? It is a curious man looking through a keyhole, the keyhole of nature, trying to know what’s going on.”

At some point, a few women wanted to look through that keyhole too. Kaibab National Forest archaeologist Margaret Hangan chose to be one of them, and she is now being recognized for her important contributions as a scientist.

“When I was a young person interested in paleontology and archaeology, I had no role models who looked like me,” Hangan said. “Now, there are many more women archaeologists in the country but still few black archaeologists.”

Hangan is hoping her recent recognition by the Natural Inquirer as part of its Scientist Card Series – just picture baseball trading cards but with stats related to exciting scientific discoveries and new technologies – will inspire young people, especially those of color, to aspire to be scientists in their own right.

Hangan didn’t even know she was being considered for a scientist card until the Natural Inquirer, a program producing science education materials for youth, reached out and wanted to know more about her career and accomplishments. The end result was her own trading card complete with photo, a description about what an archaeologist does, how Hangan knew she wanted to be a scientist, and her exciting discoveries.

“Every discovery is exciting,” reads Hangan’s scientist card, “from the smallest shard of pottery or rusty tin can to a large pueblo or a historic timber logging site that no one has visited in several hundred years. It all has the potential to teach us something about the ways of life of the people who once called the southwest United States home.”

So far, about 130 scientists have been honored by being featured on the Natural Inquirer’s scientist cards, which can be viewed at http://www.naturalinquirer.org/scientists-v-168.html. Free lesson plans are also available so teachers can incorporate the cards into science lessons and other educational opportunities.

“I truly hope many young people are inspired to become scientists. It’s a great career,” Hangan said. “But also I hope they learn to respect science and the important things that are achieved by science and great scientists and how they benefit our lives every day.”