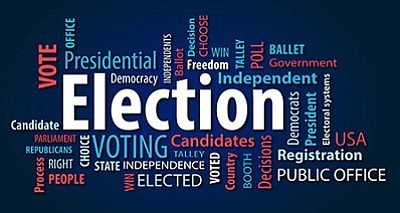 WILLIAMS - The unofficial final results have been posted by Coconino County for the primary election held Aug. 30 with two incumbents retaining their city council seats and one seat to be decided in the general election Nov. 8.

Coconino County Recorder's Office reported although the results are unofficial they are considered final and will not change.

With three seats up for election this fall on the Williams City Council as well as the mayor's seat, seven people declared their candidacy.

Mayor John Moore, Councilmen McNelly, Wurgler, and Craig Fritsinger, and newcomers Trapp, Jim Karlsberger and Otero were all on the primary election ballot.

Moore ran uncontested and with 420 votes cast received 380 votes or 90 percent of votes. There were 40 write-in votes.

Any candidate in the primary election who received a majority of the votes, was elected to the council and did not need to compete in the Nov. 8 general election. McNelly and Wurgler received majority votes. The majority of vote is calculated by dividing the total number of votes cast by the number of vacant seats and dividing by two. Thus of the 1395 votes, 234 votes were the majority (50 percent plus one).

No other candidates reached the majority votes so the next two candidates with the most votes, Otero and Trapp, will challenge each other in the general election.

More information can be found at coconino.az.gov/elections.