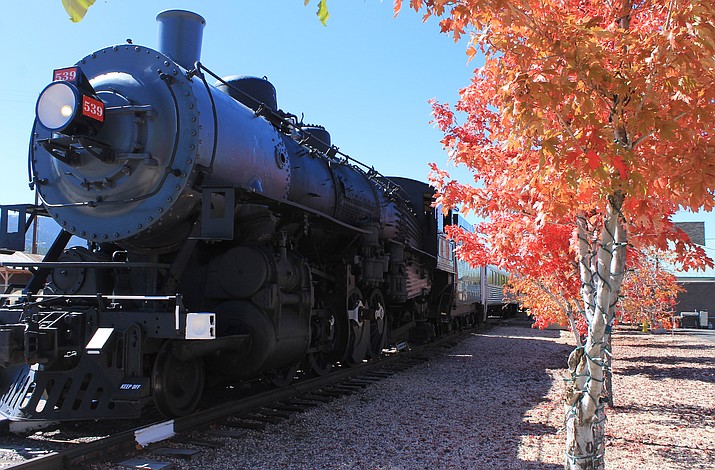 Grand Canyon Railway is offering Polar Express at a variety of times throughout the week. Most weekends will offer a matinee runs with trains departing at 3:30 p.m., 5:30 p.m. and 7:30 p.m. depending on the day of the week.

“Every weekend in December the evening trains are sold out,” said Polar Express spokesman Steve Pelligrini. “The matinee trains on Saturday and Sundays in December still have plenty of availability.”

Pelligrini said the week leading up to Christmas still has some availability but there are just a few seats left for Christmas Eve.

The Railway begins promoting the Polar Express as soon as the holiday season is over. Pelligrini said visitors from Phoenix and out of state tend to make reservations early to ensure a spot closest to the holidays.

The Railway has made several changes this year to the Polar Express operation. He said the train ride itself has not changed with the story, hot cocoa and the story, but they have added a few amenities to the experience.

“We have made some changes in attractions at the Depot,” he said. “Mrs. Claus will have a new stage inside the Polar room for story time this year. We also have a new, fun interactive attraction called a Naughty or Nice device.”

Pelligrini said the Naughty or Nice device is similar to a Guess Your Weight game at a carnival. When a child stands on it, it will tell the child whether he has been naughty or nice.

“It’s fun for the parents,” Pelligrini said. “They can say ‘Uh-oh you’re getting a lump of coal this year.’”

The Railway has also added more Santa mailboxes located around the train property. The musical light show has been improved with more songs to make it an interactive experience and a holiday maze is being added.

Pelligrini said the cowboy wild west theater is being converted, where a new play will be performed.

“One of our staff members wrote a play called ‘An Elf in the West,’” said Pelligrini. “We’re going to make an outdoor theater at night time now.”

Pelligrini said residents in Williams and other areas of northern Arizona can take advantage of the Polar Express runs during the weekdays. He said there are many weekday spots still available, although he recommends making a reservation.

Upon arrival at the North Pole, Santa Claus and Elf Bernard welcome passengers before Santa boards the Polar Express for the return trip to Williams. Santa makes his way through the passenger cars, greeting every child and presenting each one with a special gift.