Williams turns up the heat for Fire Prevention Week 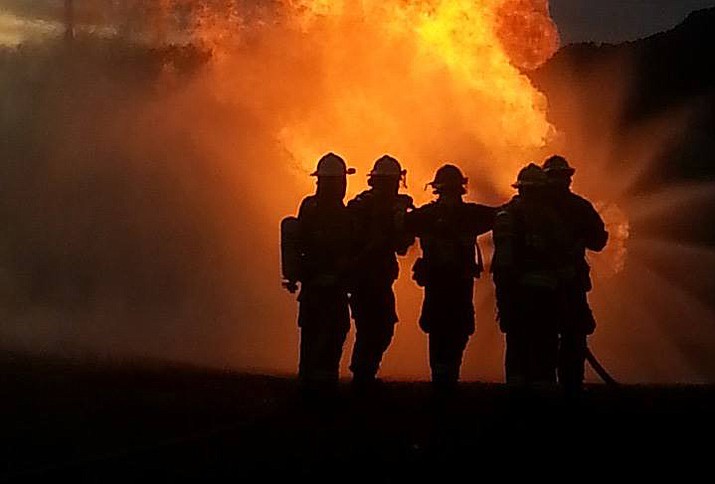 WILLIAMS, Ariz. — Fire prevention week begins Oct. 9 and local emergency management agencies in Williams are supporting it by coming together for Community Safety Day Oct. 15 from 10 a.m. to 3 p.m. The groups are using it as an opportunity to pass along safety tips to use throughout the year.

“We wanted to coordinate with Fire Prevention Week and take that safety message and bring it to our community,” said Williams Fire Chief Chase Pearson.

“We invited a bunch of folks and made a centralized place where people can gain more knowledge about what emergency services are available in the city and how they can be prepared,” said Williams Fire Captain Ryan Kopicky.

The event will also have a fire truck and ambulances on display, with a kids’ spray station and free hot dogs and water. Attendees can meet local fire fighters, see the vintage Engine 1 and get a tour of the fire station.

Kaibab National Forest firefighters will have a fire truck and Smokey the Bear to meet with children.

“All the groups will have tables with their displays,” Kopicky said. “We’re hoping we get a bunch of people showing up, we’re pretty excited about it.”

This year’s theme for Fire Prevention Week is “Don’t Wait. Check the Date!” The theme was created by the National Fire Protection Association and focuses on the importance of smoke alarms. The focus on smoke alarm replacement comes as the result of a recent survey conducted by NFPA, which showed that only a small percentage of people know how old their smoke alarms are or how often they need to be replaced

According to the National Fire Protection Association (NFPA), smoke alarms provide an early warning of a fire, giving people additional escape time. From 2009-2013, smoke alarms sounded in more than half (53%) of the home fires reported to fire departments. Three of every five home fire deaths resulted from fires in homes with no smoke alarms or no working smoke alarms. In fires in which the smoke alarms were present but did not operate, almost half of the smoke alarms had missing or disconnected batteries.

“A smoke detector is your first line of defense in notifying anyone in the house that there’s a fire,” Pearson said. “That is why there is such a major focus on smoke detectors — so people have that early warning that something is wrong and they need to get out of the house.”

NFPA recommends that smoke alarms be replaced at least every 10 years, but many homes have smoke alarms past their expiration date, putting people at increased risk in the event of a home fire.

“They are talking about the age of the smoke detector itself,” Pearson said. “The way they detect the smoke will actually deteriorate and the entire unit should be replaced every 10 years.”

To find out how old your smoke alarm is and its expiration date, simply look on the back of the alarm where the date of manufacture is marked. The smoke alarm should be replaced 10 years from that date, not the date of purchase.

NFPA recommends that smoke alarms be installed in every bedroom, outside each separate sleeping area, and on every level of the home including the basement. They also recommend interconnecting all smoke alarms so when one sounds, they all do and to test alarms at least monthly by pushing the test button. They encourage everyone in the home to know the sound of the alarm and understand what to do when they hear it.

The Williams Fire Department strongly urges that smoke alarms be tested monthly, and that batteries be replaced once a year or when they begin to chirp, signaling that they’re running low.

He said the main reason for carbon monoxide poisoning is a lack of ventilation. He said fire from any heat source consumes oxygen and replaces it with carbon monoxide.

“If the chimney’s not clean and you don’t have air that can enter the home to ventilate it then you can have buildup,” Pearson said.

Pearson recommends inspecting chimneys and all heating devices as the weather gets colder. He said its important to change out filters and check appliances. He said if a carbon monoxide or smoke alarm sounds, the fire department can respond to find the source of the alarm.

“The fire department has more accurate detectors that can check a house for the problem,” he said.

Pearson said many home fires in winter months are due to improperly maintained equipment or improper use.

“One major problem is using the cooking stove to heat a house,” he said.

Pearson said another cause of fires is leaving combustible materials too close to a heating source.

“There needs to be three feet of clearance from any heat source,” he said. “There can be problems if someone set something on top of a wood stove or heater.”

As Thanksgiving and Christmas approach, Pearson recommends watching the placement of decorations. He said many holiday fires occur when plastic and paper decorations are placed too close to lights. He also said cooking fires are common around the holidays.

“Don’t put a frozen turkey in a deep fryer unless you want to burn your house down,” he said.

National Fire Prevention Week was first proclaimed by President Calvin Coolidge in 1925 to commemorate the Great Chicago Fire, which occurred Oct. 8-9, 1871, but did most of the damage to the city on Oct. 9.