Northern Arizona astronomy: The Voyagers — What they did 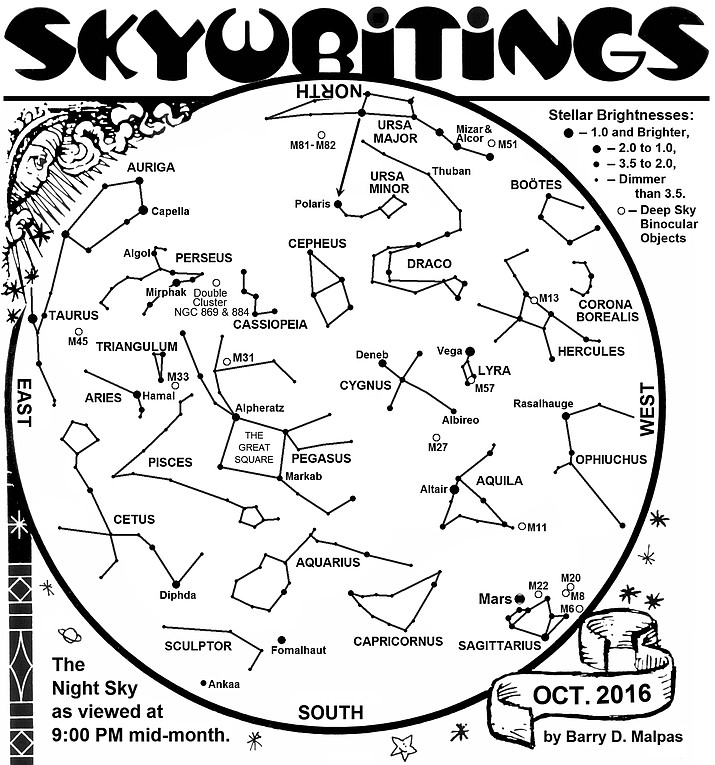 WILLIAMS, Ariz. — Other than studying Earth, the first location to which we sent space vehicles for scientific study was our nearest neighbor, the moon. Before the Mercury, Gemini and Apollo missions that landed men on the moon, there were several Ranger probes sent that recorded crucial information about the lunar terrain.

However, they were not orbiters, and impacted into the lunar surface as they photographed and took data during their final few minutes. Since then, with the advancement of technologies there have been the Viking and Mariner missions to Mars, the Saturn Cassini orbiter, the Galileo spacecraft to Jupiter, and most recently the New Horizons flyby to Pluto, just to name a very few.

Though we have been sending probes to all of the planets, as well as to some comets and asteroids, the most long lasting and comprehensive vehicles to ever explore outer space have been the two Voyager probes. Both were launched in 1977, at the beginnings of human-kind’s sojourn into space, and are still going where nothing from Earth has gone before. Their primary mission was to explore Jupiter, Saturn and their largest moons, where they successfully made a string of discoveries (such as finding active volcanoes on Io, and the evidence for submerged oceans on Europa, two of Jupiter’s moons, as well as photographing dark rings around Jupiter itself, and identifying the intricate details of the grand ring system of Saturn.)

While Voyager 1 was flung out of the plane of the solar system in order to pass through Saturn’s rings, the Voyager 2 mission was extended to explore the other gas giants, Uranus and Neptune, and is still the only spacecraft to have visited those outer planets.

The current quest of these two space travelers is the Voyager Interstellar Mission (VIM), the extended exploration of the solar system beyond the neighborhood of the primary planets to the outer limits of the Sun’s sphere of influence, and possibly beyond. This extended mission is continuing to characterize the outer solar system environment and search for the heliopause, the boundary where the sun’s magnetic field and outward flow of the solar wind (the highly charged particles emitted by the sun) meets the interstellar medium. Penetration of the heliopause will allow measurements to be made of interstellar electro-magnetic fields, particles and waves that are unaffected by the sun’s solar wind.

Voyager 1 has already entered a strange region of space called the heliosheath, where the solar wind piles up against the interstellar medium at the outer edge of our solar system. This is different from any other place encountered. Near the sun, the solar wind moves at a million miles per hour. At the heliosheath, the solar wind eventually slows to a dead stop and becomes denser, more turbulent, and its magnetic field grows stronger. To us on Earth, this turbulent magnetic gas is important to human life, shielding us and the inner solar system against deadly galactic cosmic rays, subatomic particles blasted in our direction by distant supernovae and black holes.

Onboard the Voyager spacecraft, after four decades, several of the instruments have failed, or if no longer needed, have been turned off to conserve battery energy. Also, the four decades old Voyagers are thinking with only about 70 kilobytes of computer memory (about enough to store one small jpg image.) Data storage is made on a small digital tape recorder. Though state-of-the-art before solid state memory was developed in the 1980s, it must write over old data once it is transmitted back to NASA. In fact, the smart phone you own has more than 10,000 times the computing capacity as the Voyager systems. And there is one other difficulty … that of contacting the spacecraft. The farther out into space the Voyagers travel, the weaker the signal becomes and the longer it takes to communicate with them. Unlike in science fiction, where people can maintain contact, even between galaxies, with a response time of only a few seconds, scientists are unfortunately limited to using radio waves (the fastest communications possible), that travel at the speed of light. Right now, with the Voyager space craft being some 13 billion miles out, it takes about forty hours to send commands, and receive data back.

A perspective with respect to time and distances in our celestial neighborhood: assuming the Voyager batteries could last indefinitely (which they won’t, since they are good for only another 20-30 years), at the current speed of Voyager 1 (38,610 mi/hr), and assuming it is pointed in the proper direction to visit Rigil Kentaurus, the nearest sun-like star capable of having an Earth type planet around it (4.3 light years away), it will take 650 million years to arrive there. Of course, once there, the infinitesimally weak signal sent back would only take 4.3 years to reach us.