Thanksgiving food prices down from 2015 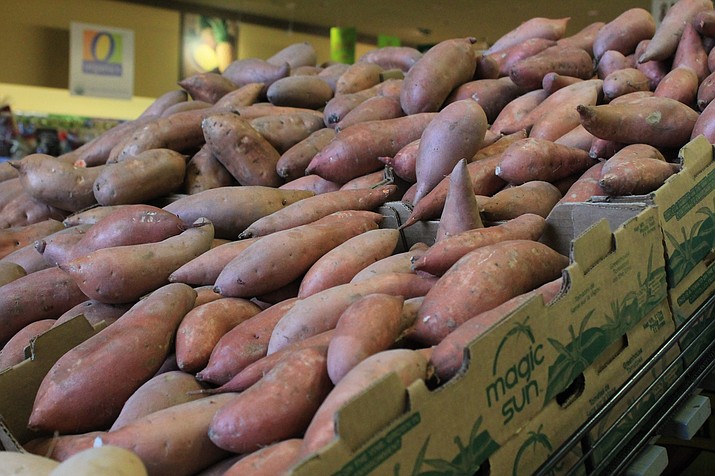 According to annual surveys by the Farm Bureau Federation, some Thanksgiving food prices are on their way down.

PHOENIX — If you like peas with your Thanksgiving turkey, you’re in luck.

The annual survey of prices for the annual meal shows the bottom has dropped out of the price, with Farm Bureau Federation shoppers finding a one-pound bag of frozen peas selling statewide for $1.12. That’s nearly a 50 percent drop from a year ago.

That’s good because the main event — the turkey — is going to set you back a little more this year than in 2015.

Those frozen peas are a big reason why.

Peggy Jo Goodfellow, the federation’s marketing manager, said stores at chains throughout Arizona appear to be interested in selling their peas. She has been unable to identify a specific reason “unless they’re trying to blow out old product.’’

The overall cost of Thanksgiving dinner also is helped by the fact that the cost of canned pumpkin pie mix, which spiked last year, is finally coming back to earth.

Fortune magazine reports the 2015 supply was harmed by heavy rains in parts of the Midwest which resulted in a shortage. It quoted a spokeswoman for Libby’s, a supplier of more than 80 percent of U.S. canned pumpkin, as saying the shortage is “behind us.’’

The price tag for the dinner is also helped by lower dairy prices which means cheaper milk to drink and cheaper cream to whip to put on top of that pie.

One commodity that continues to increase in price is sweet potatoes.

Goodfellow said it comes down to increased popularity — and not just baked on a plate. Consider how many places are now offering sweet potato fries.

The price of fresh cranberries remains the same, which is good news for those who prefer to prepare their own cranberry sauce versus the gel that come out of the can in exactly the shape it was in there.

Going organic? Be prepared to double your Thanksgiving budget, with the cost of those same items pegged at $94.86.

Careful shoppers may be able to do better than the organization’s shoppers, particular on a non-organic bird.

The prices quoted are without coupons. But many stores offer deals to those who have their “affinity’’ cards.

And some stores are discounting the price of turkeys, with the price per pound going down the more of other items purchased.