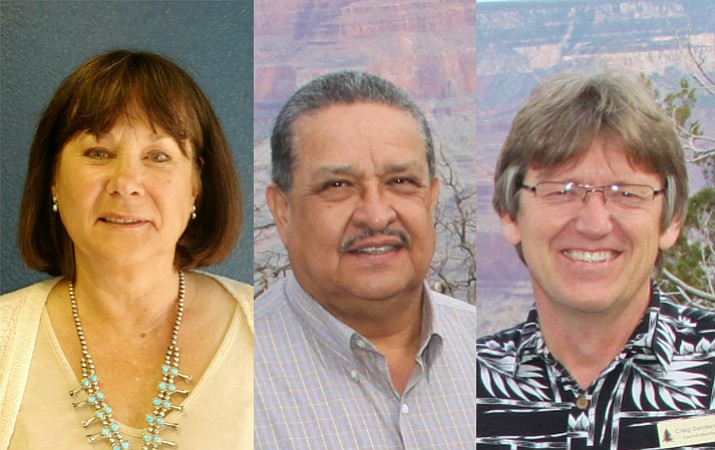 Montoya, Wirth, Rob Gossard, David Chavez and Anavon Harris were all on the ballot to fill two open council seats. Council seats occupied by John Reuter and John Schoppmann were not up for re-election.

A total of 203 votes were cast. Wirth, who is a currently serving as vice mayor, retained her council seat with 50 votes (24.6%). Montoya retained his four-year council seat with 54 votes (26.6%). Gossard, Chavez and Harris each earned 32, 30 and 30 votes, respectively. There were seven write-in votes.

Sanderson ran for mayor unopposed. The town passed an ordinance in March 2015 to pave the way for directly electing a mayor instead of the council appointing someone to the office. Because a special election could not be convened in the absence of a mayor, the ordinance was changed to “next possible election.” The ordinance stated the vice mayor would assume the responsibilities of mayor until the next possible election and any vacancy on the council would be filled.

Immediately following a special council meeting June 1, Sanderson resigned his council seat to run for mayor as a private citizen. Vice mayor John Reuter took over his duties as mayor, per the ordinance. Sanderson was reappointed to the council as mayor Sept. 1 because he won the primary. His term as appointed mayor ended with the Nov. 8 general election. Reuter resigned as mayor and was reappointed to a council seat.

According to town clerk Melissa Drake, the results are unofficial until they are recorded by Coconino County. If that happens before the next regularly-scheduled Council meeting Nov. 16, the votes will be canvassed at the Nov. 16 meeting and Wirth, Montoya and Sanderson will be sworn in. If the results are not officially recorded by Nov. 16, a special meeting will be convened to canvass the votes. Winners would then be sworn in at the next meeting.