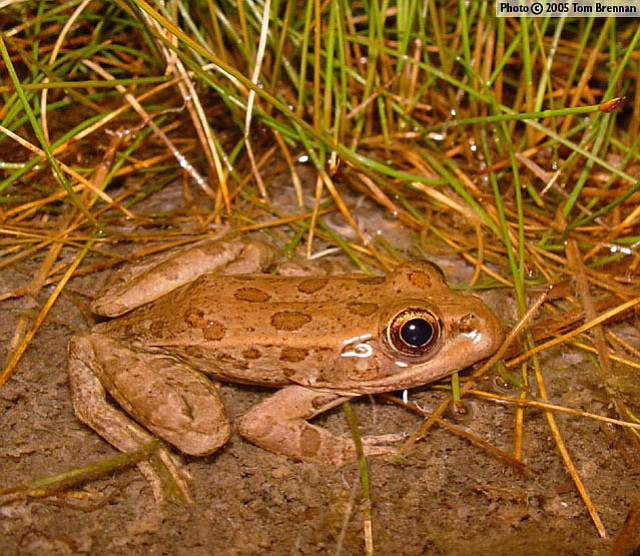 The relict leopard frog lives in springs around northwestern Arizona and Nevada.

PHOENIX — A frog species in Arizona and southern Nevada does not need federal protection under the Endangered Species Act, thanks to the multi-partner conservation efforts of the Arizona Game and Fish Department (AZGFD), U.S. Fish and Wildlife Service (USFWS) and other federal and state agencies that make up the Relict Leopard Frog Conservation Team.

The USFWS has determined that relict leopard frog populations are stable or increasing.

The USFWS was petitioned in 2002 by the Center for Biological Diversity and the Southern Utah Wilderness Alliance to list the relict leopard frog and designate critical habitat for it. The USFWS, AZGFD and other partners were already involved in coordinated conservation efforts for the frog before the petition was filed. Those efforts include ongoing habitat management, establishment of new sites, and restoration activities, which have resulted in an overall reduction of most threats and an improvement in the species’ status.

“This shows that collaborative, on-the-ground efforts lead to conservation successes,” said Jim deVos, assistant director for AZGWD’s Wildlife Management Division. “By taking proactive measures that preclude the need for listing a species under the Endangered Species Act, we have much more flexibility in actively managing the species so it can ultimately thrive.”

The relict leopard frog is currently found in springs in southeastern Nevada and northwestern Arizona. The frog historically occupied a variety of habitats, including springs, streams, and other wetlands. Nonnative predators such as crayfish, American bullfrogs, and fish have reduced the relict leopard frog’s range.