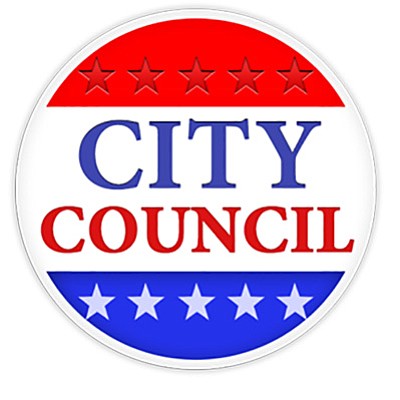 WILLIAMS, Ariz. - A frontage road along I-40, a new playground, and new tee boxes at the golf course are just a few of the items presented to Williams City Council members from city staff during a special budget review meeting April 21.

Council members heard from various city departments about accomplishments in the 2015-2016 fiscal year and budget needs for 2016-2017.

Recreation Director Rose Newbold gave the council an update on the Williams Aquatic Center, the recreation center and the city parks.

She said there has been an increase of 3,000 users of the facilities over last year. Newbold said pool maintenance has been within their budget this year. They are awaiting new signs for Cureton and Monument Parks and have refurbished the pool tables in the recreation center. She would like to replace the subfloor in the building.

"We get thousands of people going through there every year," Newbold said. "But we know that is going to take a large chunk of money."

She said the recreation center staff is looking for ways to reach teens in the community and are considering installing a climbing wall in the aquatic center building.

"We would like to get more of the teen group and younger people into the swimming pool," Newbold said.

Newbold advised the council that the Cureton Park playground is out of American Disability Act compliance and needs to be replaced.

"The playground was built many years ago before I was with the city," Newbold said. "And I have been here 20 years. It's not a current playground. There are some issues there. We would like to have swings with a new ramada area, new picnic tables and new barbecues. That would make it a real family friendly community play area."

Public Works Director Kyle Christiansen said that maintenance is status quo for all public works departments. The central garage is maintaining equipment and employee Sheldon Johnson said he has created a program to identify vehicles that need replacement. Johnson has done much of the city's fabrication with the city. Councilman Bernie Hiemenz said the fuel system software is outdated and needs replacement.

The street department removed the old swimming pool and completed a small field at Cureton Park last year. They graded the field, installed sprinklers, created a sidewalk, and installed fencing. They patched potholes and rehabbed Roundhouse Road. They also replaced a section of Grand Canyon Boulevard.

Their goals are for a full street maintenance program to identify roads that need work and prioritize. There is flood project coming up for Third Street and Grant Avenue, and the department has received the funding for the project.

"This is an ongoing project that we are going to try to do this this next fiscal year," Christiansen said. "It will either be in the fall or next spring."

The department will be receiving funding from NACOG to replace pavement on Grand Canyon Boulevard, and the department plans to put down a new water main at that time.

"That is only in the design phase right now," Christiansen said. "That project will come to fruition in about two and a half years."

Christiansen said a venture regarding repair of Airport Road is in the works with the county.

"We're looking at it and getting a good scope on it, "Christiansen said. "We're figuring out what the traffic counts are on it. We haven't set any money aside for that project yet."

Mayor John Moore discussed building a frontage road along I-40. He would also like to see Railroad Road and Route 66 repaired as soon as possible.

The sanitation department has added new scale software, and revenue is increasing since the install. They would like to set up 10 yard bins at the rodeo grounds to reduce repetitive trips for dumping the small receptacles and are considering purchasing and refurbishing a six-year old truck from the city of Tucson.

"That way we don't have to drive the truck back and forth three or four times during an event," Christiansen said. "And they will help keep the crows out."

Maintenance Department employee Rob Brothers went over the remodel projects completed by staff and discussed the completion of Cureton Park. He said the department operates seven days a week and continues to renovate throughout the city. They have budgeted $10,000 for a small dump truck.

The maintenance department has had issues changing out the baseball field lights with the bucket lift. It is no longer acceptable by Occupational Safety and Health Administration standards. They have budgeted $25,000 for a new lift. They continue to provide maintenance at the Senior Center and have spoken to the Senior Center about installing a perimeter fence to manage donations.

The department said the city building used by the U.S. Forest Service has a contract renewal coming up. They said the building generates money for the city but it needs new carpet. Interim City Manager Jim Wine noted that the Maintenance Department has included two carpet cleaners into their budget.

Christiansen said the airport is doing well and there were 10 new hangars erected last year and five have been leased out. They installed a new automated weather observation system at the airport. It broadcasts current atmospheric conditions such as wind, temperature and barometric pressure. The old hangars have been demolished and they plan to begin mill and overly of the runway within the next year. The budget for advertising has been increased to assist in leasing of the remaining hangars. Christiansen feels the hangars are priced right and the staff provides better plow service than many airports.

Water Department Representatives from Census and Express Bill Pay gave presentations. They explained that 1,500 meters had been replaced this year and reported on water usage and consumption within the city.

Councilman Lee Payne asked how they test for accuracy. Matt Rodes of Census said they run a test line parallel with the existing line. This will show inactive meters as well. City staff is working on replacing the final meters.

Pat Carpenter went over needed items for the Waste Water Treatment Plant Department. The department needs hydrotools, a dump truck, and improvements on the road. He estimates the cost at $85,000.

Carpenter would like to investigate the Santa Fe Well. He believes there is potential for water in the well and estimates a cost of $25,000 to pull up the pump and check its usefullness. Carpenter suggested that the city dumping rate should be reviewed because he thinks we can receive greater revenue.

City council members discussed the next steps in the development of the Sweetwater Well. City Financial Director Keith Buonocore and Christiansen met with the Water Infrastructure Finance Authority wh approved a $900,000 loan with half of the loan being excused. Councilman Frank McNelly and Carpenter discussed the purchase of a test pump.

Williams Public Library Director Andrea Dunn updated the council about library progress and needs. She said hiring a full-time employee has allowed her to work more on policy and programming. She has been working on the historical photo archives. The library can now print and copy historic photos. They have been creating rotating displays at the Visitor Center. Dunn noted that 24,000 items were circulated from the library in the past year.

Golf Course Director Marty Yerian went over his accomplishments. The pump house and event center upgrades are complete. The golf course is hydroseeding and the rain shelter is complete. Staff plans to replace 30 plus sprinklers and improve the tee boxes this spring. Yerian said the event center septic needs to be completed. Yerian said the clubhouse needs new carpet, and the rain shelter on the old course still needs replacement. The golf course is hosting a ladies senior tournament this fall.

Yerian said the new pumphouse pumps 800 gallons to 1,300 gallons per minute. Wine pointed out with the new variable drive the city has saved on electricity, averaging a 35 percent savings.

Chamber of Commerce Director Bob Argylan said the chamber has done a lot of marketing over the past year. Looking over Bed, Board and Booze tax he believes tax revenue will improve over last year's based on an increase of tourism. Heather Herman, from Front Burner Media, said the chamber has invested $6,044 and web traffic is great.

City Building Inspector Tim Pettit said his department has issued 175 abatement notices. He would like to obtain a new truck for the department. He has $10,000 in budget and maybe another $10,000 next year. Tim has budgeted $4,000 for the Cemetery software because it is outdated. The license is due to expire in 10 months. Tim requested that the Council please consider hiring a new planner for the city.

Police Chief Herman Nixon said the Williams Police Department responded to more than 13,000 calls for service last year. He is currently trying to fill a vacancy and could use more staff if the budget allowed. He would like to put a narcotics force in place and put an officer back in school. He would also like to increase the reserve program.