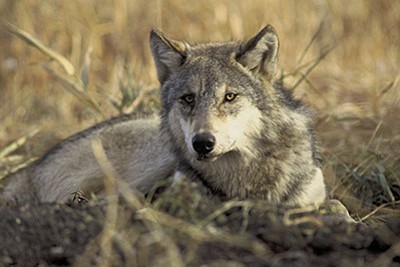 With only 97 individuals existing in the wild at the end of 2015, and fewer than 25 in Mexico, the Mexican gray wolf is one of the most endangered mammals in North America and faces a serious risk of extinction. Now USFW is being required to meet a legal obligation to complete a legally-sufficient recovery plan, with the ultimate goal of a healthy, sustainable population of Mexican gray wolves in the wild.

"The settlement announced today provides hope that the lobo can be a living, breathing part of the southwestern landscape instead of just a long-lost frontier legend," said Tim Preso, an attorney for Earthjustice, a nonprofit environmental law organization. "But to realize that hope, federal officials must take up the challenge of developing a legitimate, science-based recovery plan for the Mexican wolf rather than yielding to political pressure."

Earthjustice filed a lawsuit in November 2014 to challenge USFW's multi-decade delay in completing a recovery plan for the Mexican wolf. Earthjustice represents Defenders of Wildlife, the Center for Biological Diversity, retired Fish and Wildlife Service Mexican Wolf Recovery Coordinator David R. Parsons, the Endangered Wolf Center and the Wolf Conservation Center in the case. The announcement on April 26 of a settlement agreement followed a September 2015 ruling by a federal judge in Tucson that rejected the government's effort to dismiss the case.

"Wolves love to follow paths," said David Parsons, former Mexican wolf recovery leader. "Now, finally, the path to recovery for the critically endangered lobos of the southwest will be blazed."

"After four decades of delay, a scientific roadmap for recovery of the Mexican gray wolf will finally be reality," said Michael Robinson of the Center for Biological Diversity. "The recovery plan should trigger new releases of captive-bred wolves into the wild and establish new Mexican wolf populations in the Grand Canyon and southern Rocky Mountain ecosystems."

In 1982 USFW developed a document labeled recovery plan, for the Mexican wolf, however, according to Earthjustice, USFW said the document was incomplete, intended for only short-term application, and did not contain objective and measurable recovery criteria for delisting as required by [the Endangered Species Act].

The 34-year-old document did not provide the necessary science-based guidance to move the Mexican gray wolf toward recovery, according to activitst groups.

In 2010, USFW said the wild Mexican gray wolf population was not thriving and remained at risk of failure and said failure to develop an up-to-date recovery plan resulted in inadequate guidance for the reintroduction and recovery effort of the wolf.

"We are racing extinction on the Mexican gray wolf," said Eva Sargent, senior Southwest representative for Defenders of Wildlife. "The best available science, not political pressure, should lead the recovery planning for the Mexican gray wolf. We need more wolves and less politics."

The plaintiffs joining the settlement agreement include two environmental education organizations that operate captive-breeding facilities that have supported recovery efforts by providing Mexican gray wolves for release into the wild.

Activists say the Mexican gray wolves survival continues to be threatened by the lack of a recovery plan to ensure that wolf releases are sufficient to establish a viable population.

"Failing to plan is planning to fail," said Maggie Howell, executive director of the Wolf Conservation Center in New York. "And for these iconic and imperiled wolves, failure means extinction. This settlement represents a necessary and long overdue step toward recovering America's most endangered gray wolf and preventing an irrevocable loss from happening on our watch."

"Education is a key component to the recovery of a species, especially for an animal that has been historically misunderstood and misrepresented. Equally important is an active, up-to-date recovery plan for the species in the wild," said Virginia Busch, executive director of the Endangered Wolf Center in St. Louis, Mo. "The genetic variability that organizations like the Endangered Wolf Center hold with the Mexican wolf population is hugely valuable for releases and cross-fostering opportunities in the wild. We are pleased to hear that the Service will be taking an active role in developing a recovery plan in a timely manner."