Tusayan not giving up on affordable housing dreams 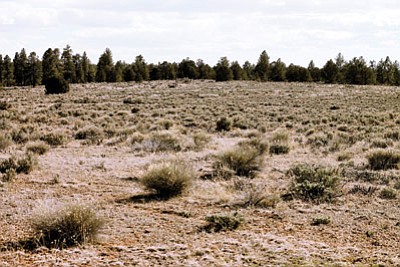 TUSAYAN, Ariz. - The Kaibab National Forest's decision not to accept the town of Tusayan's road easement application shocked Tusayan town officials but they said they are not giving up.

"We don't want to make it sound like we're rolling over and playing dead, we still have a goal to achieve," said Tusayan Mayor Craig Sanderson. "We just have to redirect. Things are in the work(s) for that, we just don't have anything to report at this time."

The town needed the easement application to be approved in order to obtain access to property on which the town wants to build affordable housing for its residents. Approval of the easements would also have allowed Stilo Development Group USA to move forward with plans to build a major commercial development on the same properties.

In the past, Stilo representatives said the proposed development could include hotels, restaurants, retail, entertainment and educational attractions. The properties are located just outside the entrance gates at Grand Canyon National Park and east of Tusayan.

Kaibab Forest Supervisor Heather Provencio announced her decision regarding the application March 4 during a conference call with members of the town council and representatives of Stilo.

"Obviously we're shocked," Sanderson said. "The fact is we were trying to communicate with the Forest Service and see what was going on, what we could do and where we stood and to have it (the application) kind of thrown back at us was disappointing. It really kind of puts us at standstill."

It may be at a standstill, but the town wants to make it clear that they are not giving up.

"The majority most of us are here on the council has to do with housing opportunities and without the road we are kind of stuck," Sanderson said.

Additionally, Sanderson said the town's agreement with Stilo contains an obligation for the town to pursue the Forest Service easement.

"That hasn't changed, however, we are waiting for some more direction from the developer as far as what direction they want to take and what's going on," he said. "Obviously they were just as shocked and surprised as we are so they are trying to determine what their recommendation is for us to move forward."

"I think this may be a distinction without a difference," she said. "The reason there is no appeal process is because the determination that the special use authorization application did not meet required agency screening criteria was entirely within the decision space of the Kaibab National Forest supervisor."

In her letter, Provencio advised that if another application were to be submitted, it should address the specific concerns and criteria outlined in her letter to Sanderson when she returned the town's application. If Tusayan decides to submit a new application, it would be subject to the same screening criteria as the first. In their letter to the town, the Forest Service said any new application brought forward should address the concerns raised by Native American tribes, Grand Canyon National Park and members of the public as well as the agency criteria required for any special use authorization, according to the forest service.

"Their current proposal is a done deal. I've closed the door on that and said this current proposal does not meet four criteria. I cannot move forward, I will not move forward on it," Provencio said after the decision was announced. "I did leave the door open to say, 'if you want - and any group or individual can submit a proposal to the forest - we would definitely give that fair consideration."

"I think it's important that we impress upon people that this is not the end," Duthie said. "This was, if you want to call it an end to that particular process than it's an end to that process, but it's not an end to trying to find ways to solve the issue. I know from council standpoint that you're not going to let this stop you. You're going to find a way to get this done. It's just another obstacle to get past. "

"We can't stop, we're still here to have housing for our residents and that goal hasn't changed," he said.