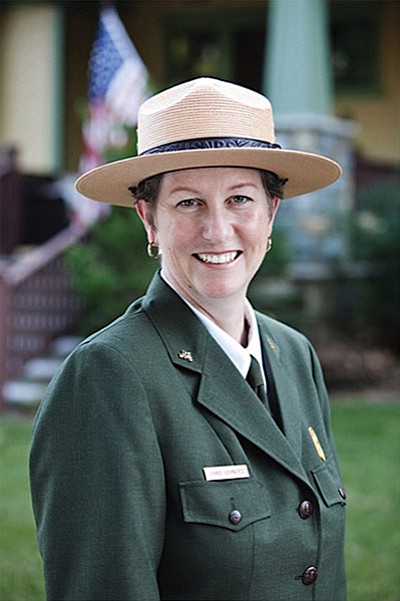 GRAND CANYON, Ariz. (AP) - Grand Canyon National Park's first female superintendent says she will work with the staff to forge ahead after a sexual harassment scandal that led to the retirement of the park's former chief.

Christine Lehnertz will start her new post next month to oversee the park that draws more than 5 million visitors each year, replacing Dave Uberuaga, who retired earlier this year. The National Park Service announced her assignment on July 19

Lehnertz said she has already been learning about the issues the park faces and plans to continue efforts in place that deal with claims that some male employees harassed female colleagues during trips the agency led on the Colorado River.

A report by the Interior Department's Office of Inspector General in January found that some male employees who worked in the river district preyed on female colleagues, demanded sex and retaliated against women who refused.

The river district provided limited guided tours and emergency and medical services along the Colorado River and was disbanded as a result of the report. Uberuaga and his deputy, Diane Chalfant, were disciplined, although the actions were not made public. Uberuaga announced he was retiring instead of accepting a transfer. Chalfant remains a deputy superintendent.

Lehnertz said she has been in contact with the staff about other reforms. But she wouldn't elaborate on specifics, citing privacy issues and that she's not in a leadership position at the park yet.

The park has developed a plan for supervisory and employee training on sexual harassment, hostile work environment and culture change, according to a summary of actions provided to The Associated Press.

"There's a lot that's being done in terms of trying to break these pieces down and try to understand them," Lehnertz said. "It's not as easy as just going in and saying we're going to change the culture."

Lehnertz is a trained environmental biologist who has been with the National Park Service for nine years. She has been the first woman to hold each of the four leadership positions she's been in, including her current job as the superintendent overseeing Golden Gate National Recreation Area in California, Lehnertz said.

Her top priorities are employee safety as well as creating an inclusive work environment, Lehnertz said.

"Whether it's sexism or sexual harassment or sexual assault, any of those are clearly behaviors that just can't be a part of an organization that is inclusive and is respectful and is part of a larger community," she said.

She'll also face the issue of an aging water pipeline that breaks several times a year and needs replacement. The Trans-Canyon Pipeline was completed in 1970 and runs 15 miles long.