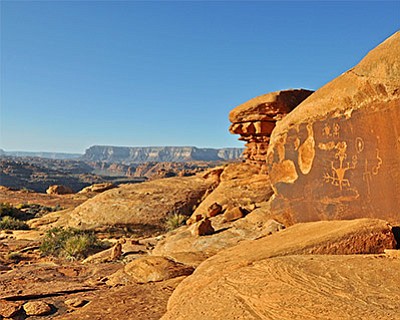 A local rancher was working his cattle range area just south of State Highway 89A and located the remains, clothing, boots and a daypack under a tree.

Coconino County Sheriff Deputies responded to the area where the rancher led them to the remains. Remnants of weathered clothing and boots were still present, as was a daypack. A handgun was found under the remains. According to CCSO, the remains appear to have been there for some time, if not several years and could be linked to a homicide that happened in Glendale in 2013.

On April 30, 2013, deputies and detectives responded to a wooded area north of Jacob Lake for a report from Forest Service employees of a suspicious vehicle apparently abandoned in the forest off Highway 89A. It was determined the abandon truck was stolen and wanted in connection with a homicide investigation that occurred in Glendale. The suspect in the homicide and stolen vehicle incident was listed as wanted and his whereabouts were unknown. Glendale Police detectives responded to the area as well as a Coconino County Sheriff's Search and Rescue unit and conducted a search of the area. At the time, no further evidence was located and the suspect's whereabouts were unknown.

A search of the daypack found with the skeletal remains located a work shirt that bore a company name that was connected to the 2013 Glendale homicide. It is believed the remains may be that of the homicide suspect. The investigation has been turned over to Glendale detectives.