Part 3 of 3: What a revised recovery plan could mean for Mexican Gray Wolves 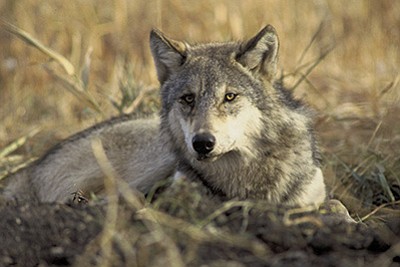 GRAND CANYON, Ariz. - In February there were 97 Mexican Gray Wolves in the wild and around 25 in Mexico, making it one of the most endangered mammals in North America.

Earthjustice, a nonprofit environmental law organization and other environmental groups say the 34-year-old document does not provide the necessary science-based guidance to move the Mexican Gray Wolf toward recovery.

"USFW is being required to meet a legal obligation to complete a legally-sufficient recovery plan, with the ultimate goal of a healthy, sustainable population of Mexican Gray Wolves in the wild," Earthjustice said in a press release earlier this year.

The settlement has been presented to the federal judge overseeing the case, who must approve it before the settlement becomes binding on the parties.

According to earthjustice.com, wolves need to have at least three populations located in the current area of occupation - the mountains of central Arizona and New Mexico, and said the total wolf population must grow to at least 750 individuals and those individuals need to live in the three population centers, which would be linked, in order to facilitate genetic exchange for a thriving population.

Earthjustice believes a recovery plan outlines specific conservation strategies, timelines and benchmarks that USFW should achieve in order to recover the species, according to earthjustic.com. Earthjustice said the plan is based on the best available science. In the settlement, USFW is required to complete the recovery plan by Nov. 30, 2017. "Based on the available information, the Service believes that preparation of a recovery plan for the Mexican wolf pursuant to Section 4(f) of the ESA, 16 U.S.C. § 1533(f), will promote the conservation of the species," USFW said in the settlement agreement. "In the interim period, until the final recovery plan issues, the Service agrees to submit reports on the status of the recovery planning process to the Court and to the parties at six month intervals. The first status report will be due six months after approval of this agreement by the court."

In 1982, USFW developed a document that was labeled recovery plan for the Mexican Gray Wolf. However, USFW said the document was incomplete, intended for only short-term application, and said it did not contain objective and measurable recovery criteria for delisting as required by the Endangered Species Act, according to Earthjustice.

According to Earthjustice, Mexican Gray Wolves were all but eliminated from the wild, in the U.S., by the early 1970s. USFW listed the wolves as endangered in 1976. After passage of the Endangered Species Act and placement of the wolves on the endangered species list, five wolves were captured in Mexico and three were successfully bred.

In 1998, wolves were released back into the wild in the Blue Range Wolf Recovery Area (BRWRA) within the Mexican Wolf Experimental Population Area. BRWRA is a 4.4 million acre area within the Apache and Gila National Forests in Arizona and New Mexico.

According to earthjustice.com the wild population remains on the brink of extinction, threatened by both illegal killings, legal removals due to conflicts with livestock, and a lack of genetic diversity.

In February 2016, a count found that escalating mortalities and illegal killing, along with reduced pup survival, reduced the wild population by 11 percent from the previous year.

Some environmental groups have said in the past those in the livestock industry are partly accountable for the decline of the wolf population because of legal removals after livestock depredations.

For ranchers and others in the livestock industry, problems between wolves and livestock go back to before the wolf was first re-introduced and for ranchers living along or close to the BRWRA any losses on livestock are unacceptable.

In May, there were nine livestock depredation reports involving wolves and no nuisance reports, according to a monthly interagency report.

Another reason numbers are declining is because a lack of genetic diversity is causing smaller litter sizes and lower pup survival in the wild, according to the Center for Biological Diversity. To remedy this the center said the service must release more wolves into the wild.

Because it is an experimental population Earthjustice said the Mexican gray wolf is managed with less protection than most endangered species.

At the end of May, the wild Mexican wolf population consisted of 53 wolves with functional radio collars dispersed among 19 packs and six single wolves, according to a monthly interagency report.