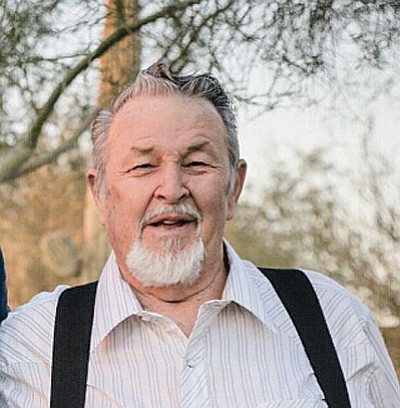 Henry Miller passed unexpectedly, but peacefully, at home in Williams, Arizona on Wednesday, December 30, 2015 at the age of 77.

Henry was born in Phoenix, Arizona and moved to Williams at about two weeks old. Henry attended school in Williams and graduated from Williams High School in 1957.

After high school, Henry proudly served his country in the United States Air Force from 1957 to 1960. Henry was a long time resident of Williams and moved back after his service to work at the local Chevron station from 1961 to 1963 and then continued his service in the Williams Police Department from 1963 to 1967.

Shortly after serving as a policeman, Henry went into business for himself as a proud owner of a Chevron station and an auto repair shop. Henry and Dawn found love in each other and were married in 1986. The pair moved back to Williams permanently in 2005 and lived in the house they both built by hand.

Services will take place at the Williams Cemetery on Saturday, January 9 at 10 a.m. Arrangements were made by Norvel Owens Mortuary in Flagstaff, Arizona.