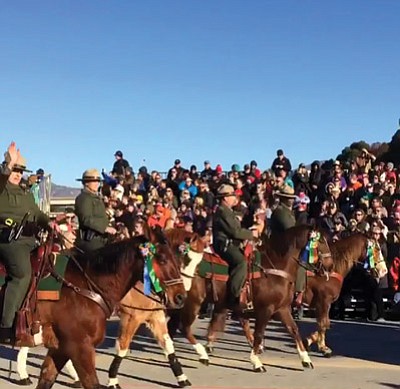 The theme for the 2016 Rose Parade was "Find Your Adventure" - a nod to "Find Your Park," a public campaign to raise awareness and excitement for the NPS centennial.

Following the "Find Your Adventure" stagecoach, parade viewers saw the NPS color guard, field and patrol horses and string of pack mules. The NPS equestrian unit represents the past, present and future of the horse and mule tradition in national parks.