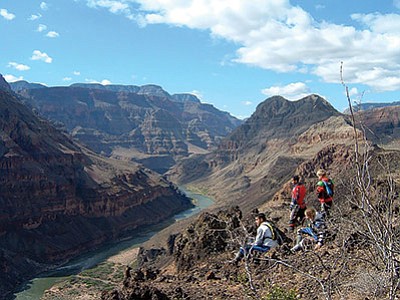 LAS VEGAS - Papillon Group's Grand Canyon Scenic Airlines (GCA) announced the return of its popular Bar 10 Ranch tour for the 2016 season, beginning  April 1. The tour is designed for individuals who want to see a remote part of the Grand Canyon as well as for adventure enthusiasts ready for a 10-mile ATV ride to the edge of the canyon, according to GCA.

Known as the Grand Canyon North Air/Ground Tour, guests are picked up in Las Vegas on a complimentary shuttle service, which brings them to the Boulder City Aerocenter. From there, guests board an airplane that lands at Bar 10 Ranch, where guests experience a guided ATV trek through Whitmore Canyon and Lake Mead National Recreation Area to reach a vantage point of Grand Canyon National Park (GCNP). The tour concludes with a homemade Dutch oven barbecue lunch.

The tour lasts around eight hours with day trip prices beginning at $349 per person for adults and $329 per child (ages two to 11). The overnight excursion price begins at $549 per person.

Accommodation options include a two-person covered wagon or a four-person bunk room. Breakfast is served, followed by free time for various activities such as skeet shooting, beach volleyball and ping pong, before the return trip to Las Vegas. A popular option is also overnight accommodations guests can sleep outside under the stars on an observatory deck furnished with cots and deck beds.

Bar 10 Ranch is known as the ideal beginning and ending point for river rafting adventures along the Colorado River. Owned by the Heaton family since the 1970s, staff at Bar 10 Ranch pride themselves on offering personalized, warm experiences for all guests. The late Tony Heaton and his wife, Ruby founded the ranch. Since then, their four sons and two daughters have been actively involved in cattle ranching and building and maintaining the ranch. Today, the Heaton family owns more than 200,000 acres of grazing rights on BLM and Arizona State lands. Despite Bar 10 being a river rafting destination, it still remains a working cattle ranch today. The tour will be available through Nov. 18.