National Park: record number of visitors at parks in 2015 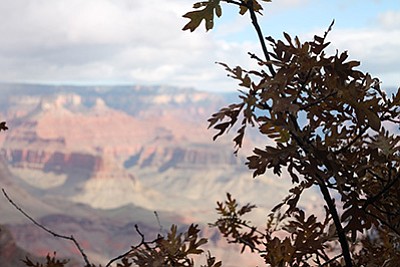 The unofficial visitation numbers for 2015 were announced by NPS Director Jonathan B. Jarvis, as the NPS is celebrating its centennial year.

"The increasing popularity of our national parks comes as we are actively reaching out to new audiences and inviting them to explore the depth and breadth of the national park system," Jarvis said. "The 409 parks we care for preserve natural, cultural and historic landscapes across 84 million acres in all 50 states, the District of Columbia and U.S. Territories, and they tell stories that reflect the great diversity of our nation."

Record visitation tests the capacity of the park system and challenges parks to continue to provide great experiences for all visitors, according to NPS. Jarvis said park managers are adjusting to ensure they have sufficient staff to provide interpretive programs, answer visitor questions, respond to emergencies and to keep restrooms, campgrounds and other facilities clean.

Park visitors can plan their trips to avoid peak crowds by visiting the most popular parks in spring and fall and by visiting early in the morning or later in the day.  Visitors can also take advantage of shuttles and walking trails at some parks, including Yosemite and Glacier and Acadia national parks.

"Even with record breaking visitation, visitors can still find quiet places in the parks for those willing to seek them out," Jarvis said. "I can take you to Yosemite Valley on the Fourth of July and within five minutes get you to a place where you are all alone."

Much of the increase in national park visitation is the result of the National Park Foundation's "Find Your Park" media campaign.  The campaign has sparked interest from travelers and also from communities near national parks, state tourism agencies and Congress. In late December 2015, Congress approved a nine percent funding increase for the NPS, which helps the agency continue to provide excellent visitor services as visitation increases.

"The increase in Congressional appropriations comes at a critical time for the National Park Service and will help us to serve the growing number of visitors," Jarvis said. "We look forward to continuing to work with Congress as it considers additional legislation in support of the National Park Service Centennial, which would further improve the national parks by encouraging philanthropy and volunteerism, while also allowing us to improve visitor services and connect with a new generation of national park visitors."