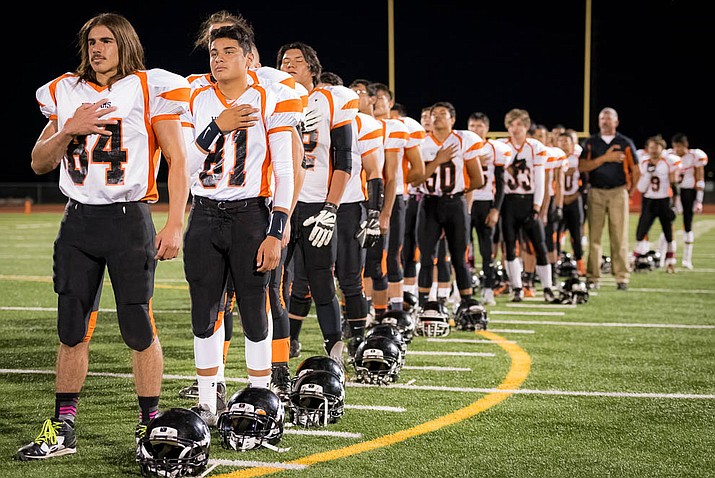 The Williams Vikings football team prepares for the 1A State championship game at Maricopa High School Nov. 12. Nine Vikings were selected for the 1A All-Conference team, and six made the AZ Republic's All-State team.

WILLIAMS, Ariz. — Following a stellar season in their second year of 8-man football, nine Vikings were selected for the All-Conference first and second teams Dec. 2. 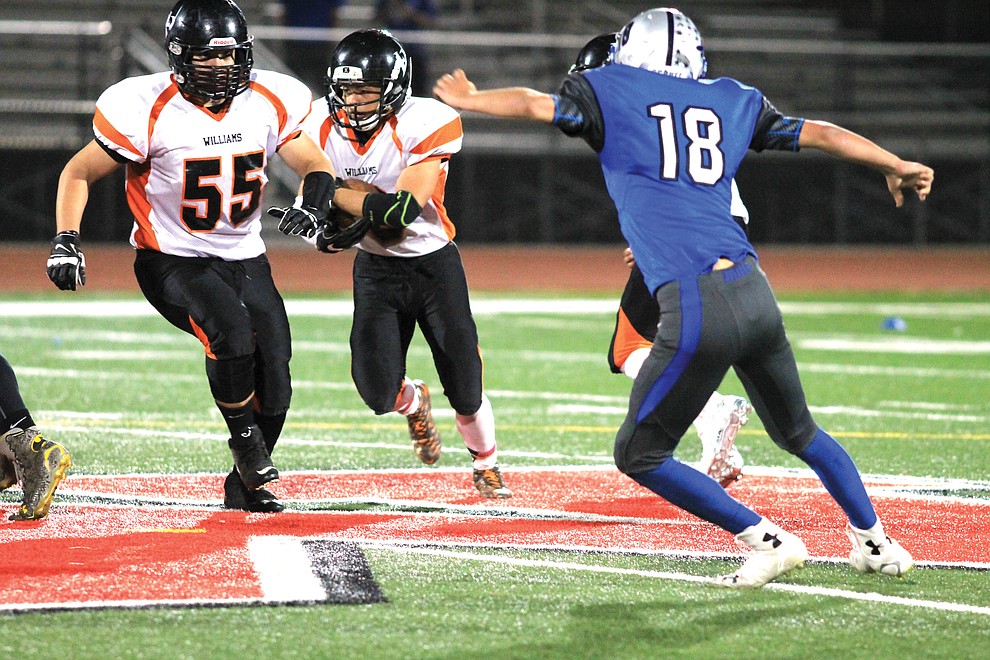 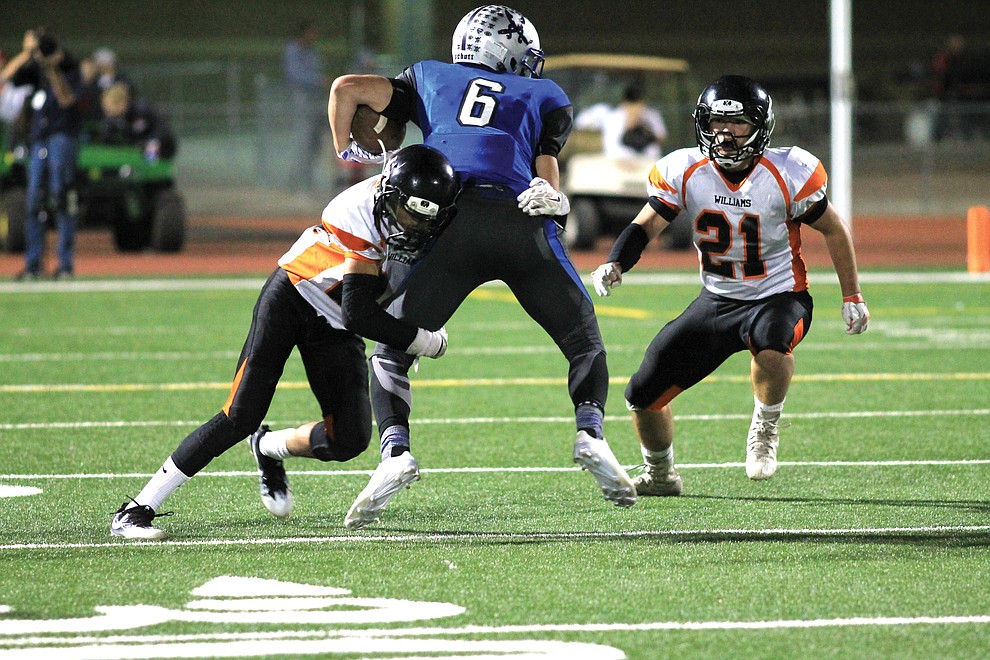 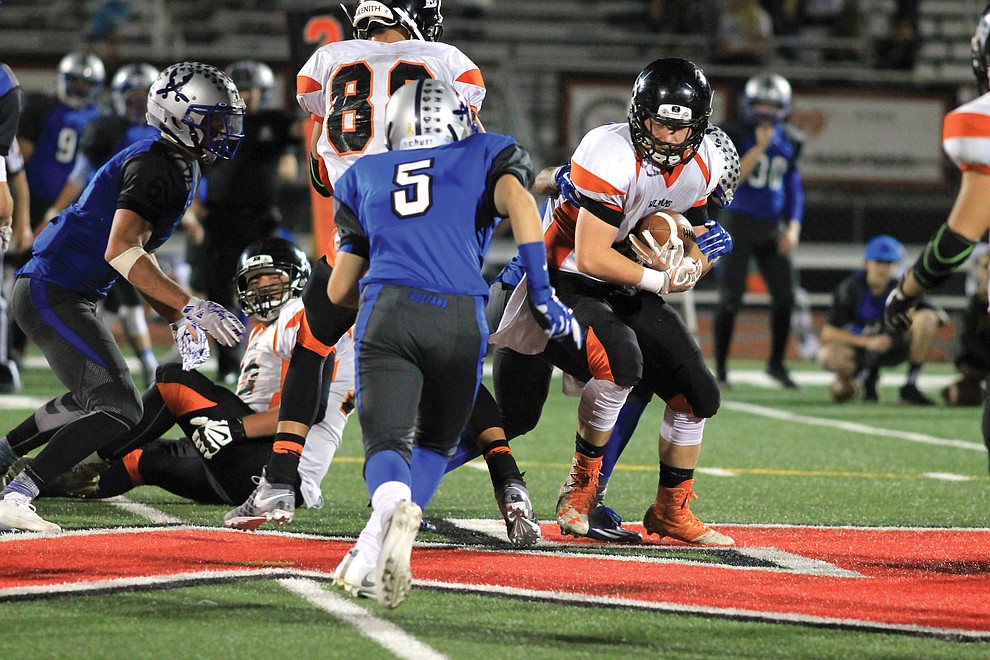 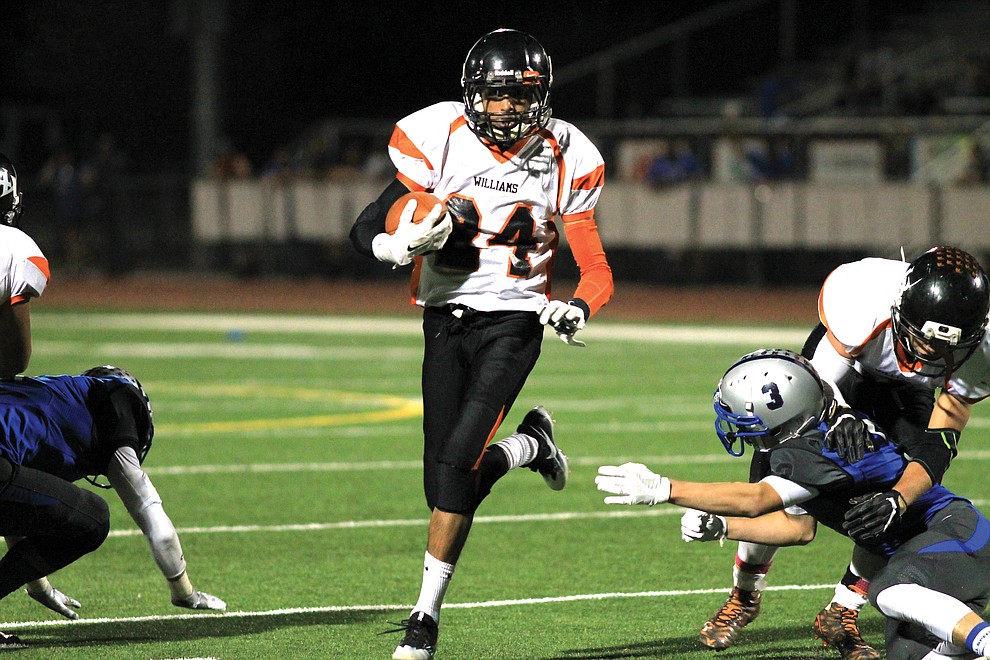 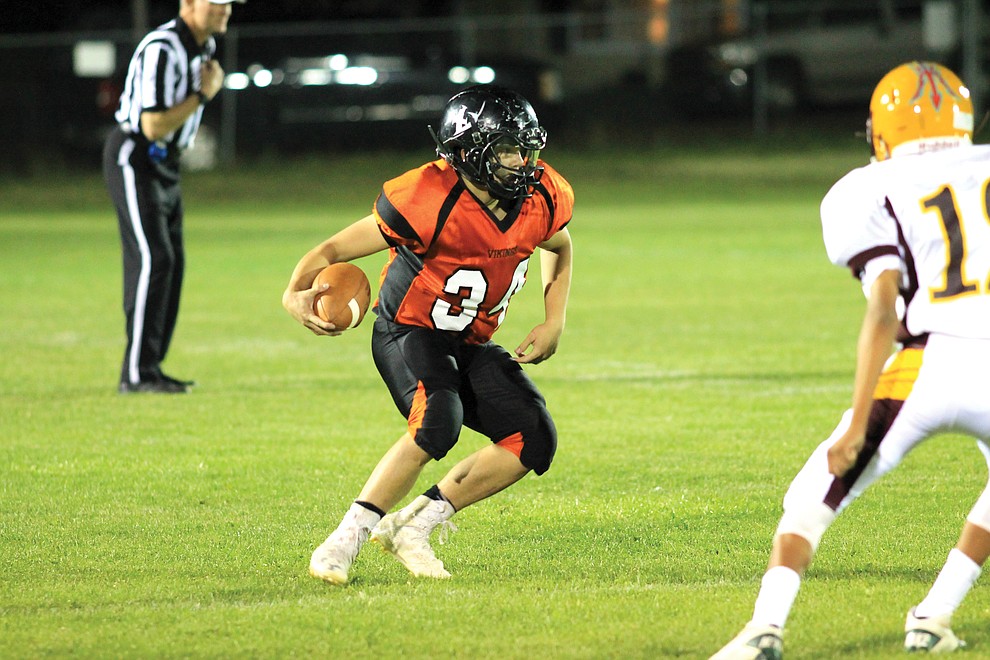 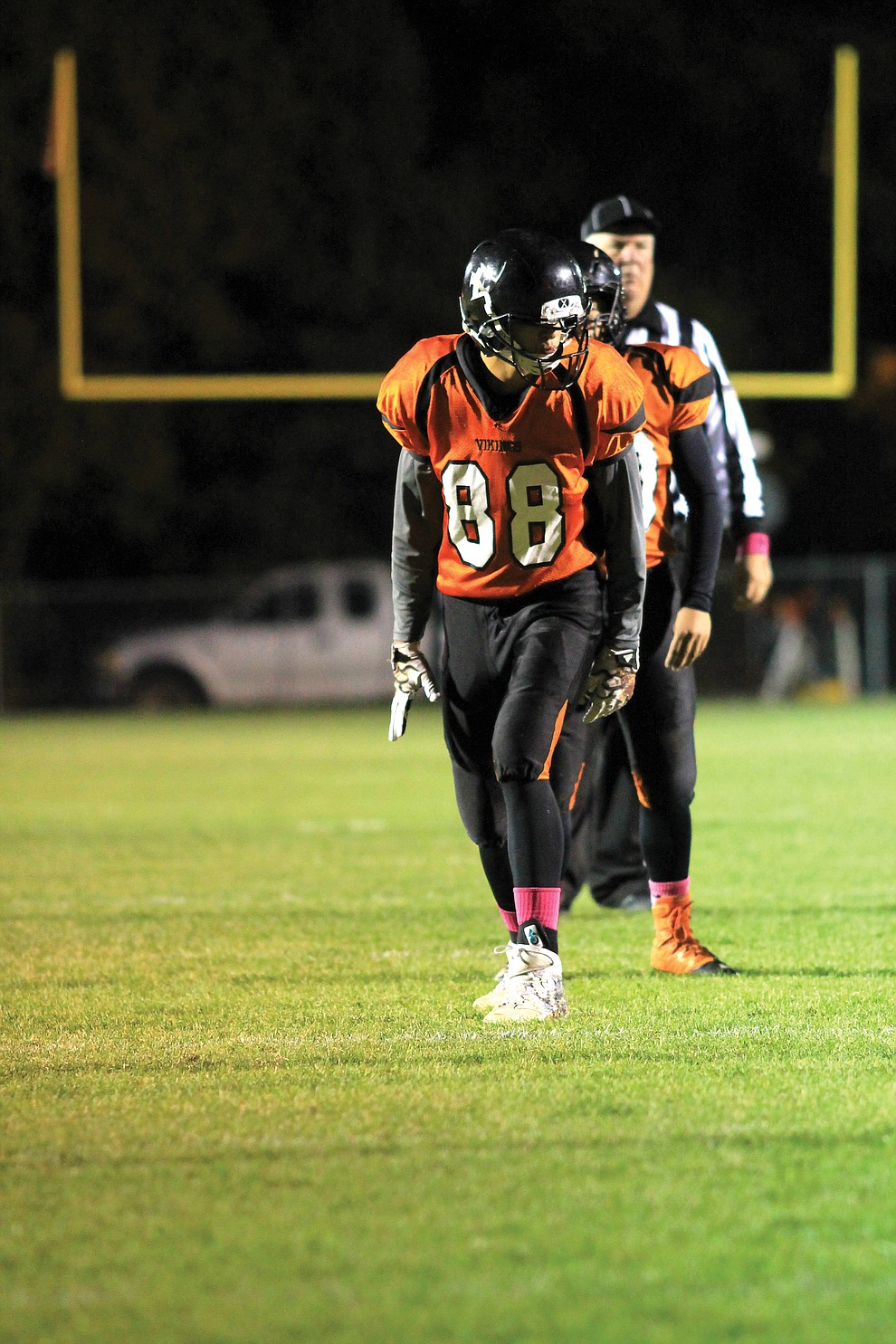 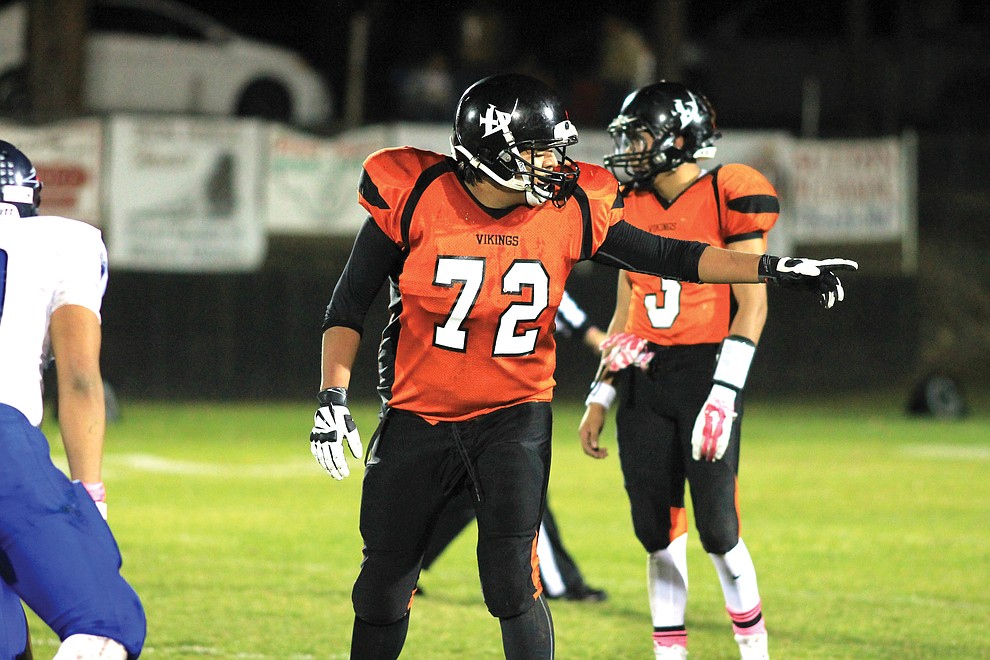 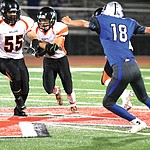 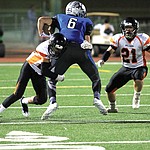 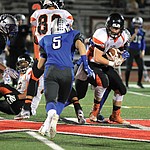 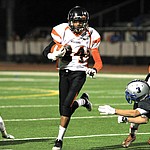 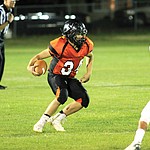 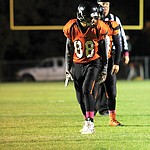 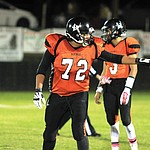 Soria was selected as first team defensive back and second team quarterback. Soria had 25 solo tackles and 21 assisted tackles to end the season with 46 total tackles. He made one interception, one fumble recovery and two pass deflections. Offensively Soria carried the ball 101 times for 981 yards and 18 touchdowns. He had 99 pass completions for 1,548 yards.

Lopez was selected first team defensive back and second team offensive flex player. He had 25 solo tackles and 29 assisted tackles to end the season with 54 total tackles. Offensively, he had 23 carries for 144 yards and four touchdowns. He caught 25 passes for 371 yards and five touchdowns.

Grantham was selected as linebacker for the first team. He had 48 solo tackles and 63 assisted tackles for a total of 111 tackles this season. He had two tackles for losses, one fumble recovery, and three interceptions, which he ran for 40 yards.

Flores was selected as offensive lineman for the first team. He had 10 solo tackles and 13 assisted tackles for a total of 23 tackles for the season. Flores had one sack for a loss of 10 yards and five hurried passes.

Pearson was selected first team kick returner. He carried the ball 28 times for 155 yards and made two touchdowns. He caught two passes for 18 yards and six punt returns for 46 yards. On defense he made 13 solo tackles, 18 assisted tackles, two hurried passes, four interceptions and one fumble recovery.

Smith was selected second team running back. He carried the ball 91 times for 869 yards with 17 touchdowns. He caught 17 passes for 347 yards and four touchdowns. He had 11 kickoff returns for 274 yards and two punt returns for 388 yards. Defensively he made 23 solo tackles and assisted with 18. He also made five interceptions.

Ethan Johnson was selected second team linebacker. He had five carries for 16 yards and one touchdown. He caught one pass for three yards. He had 21 solo tackles with 47 assists and two tackles for losses. He had one sack and two hurried passes.

“It’s a good representation of our season and the hard work of our players,” said Head Coach Jeff Brownlee.

Brownlee said the AZ Republic selections are unique in that none of the coaches are involved with the picks, only the newspaper’s sports writers.

“With this many kids selected it just represents the hard work these kids did all year,” Brownlee said.

Brownlee said the toughest part of the award selections are the players who are left out.

“Unfortunately there’s always somebody who is left out,” he said. “Francisco (Ortiz) didn’t make the cut but he played well for us. He just didn’t have the numbers.”

“We are gong to miss them, but every year we have kids step and do well,” he said. “We’re excited for these awards and we can’t wait for next year.”