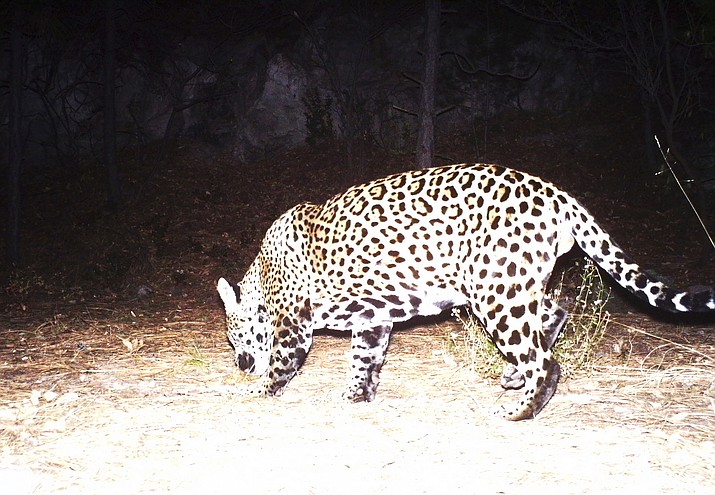 Agencies recently received a photograph of a jaguar taken by a Fort Huachuca trail camera in the Huachuca Mountains. If confirmed, this will be the second jaguar known to live in the state.

PHOENIX — The Arizona Game and Fish Department (AZGFD) and the U.S. Fish and Wildlife Service recently received a photograph of a jaguar taken by a Fort Huachuca trail camera in the Huachuca Mountains.

Fort Huachuca is a U.S. Army installation near Sierra Vista in southeastern Arizona.

AZGFD has issued a news release for what appears to be a second jaguar living in the state.

“Preliminary indications are that the cat is a male jaguar and, potentially, an individual not previously seen in Arizona,” said Dr. Benjamin Tuggle — regional director for the Southwest Region of the U.S. Fish and Wildlife Service.

“We are working with the Arizona Game and Fish Department to determine if this sighting represents a new individual jaguar,” Tuggle said.

“While this is exciting news, we are examining photographic evidence to determine if we’re seeing a new cat here, or if this is an animal that has been seen in Arizona before,” said Jim DeVos - assistant director of the department’s Wildlife Management Division.

“We look forward to part partnering with the U.S. Fish and Wildlife Service and thoroughly vetting the evidence.”

AZGFD, USFWS and Fort Huachuca personnel will notify the public when the final determination is made.