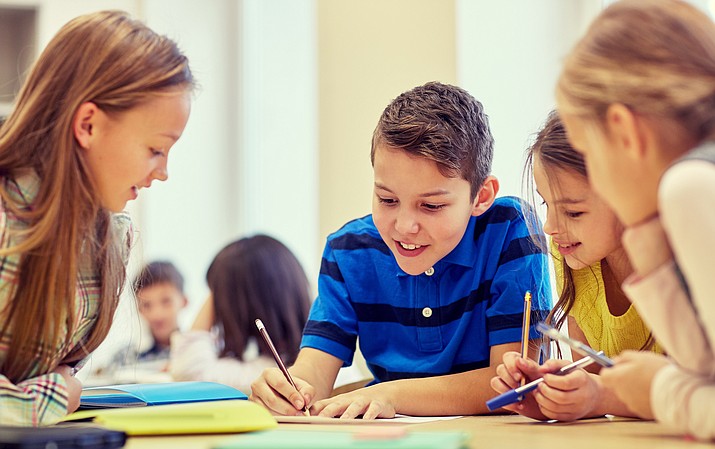 According to principal Tom Rowland, ZAP is aimed at getting kids to do their homework — something parents have been trying to do with varying degrees of success since time immemorial. By creating a program that requires students to complete all their assignments, even after they are due, Rowland hopes to instill a work ethic among students.

Whenever students fail to complete and assignment, he said, their teacher will ZAP them. The student will then have to take the ZAP form home for a parent signature — and let them know that he or she will be staying after school every day until they complete it.

There’s no time limit for completion, and there’s also no limit to the number of ZAPs a student can receive, Rowland explained.

When the student has completed the missing assignment, the supervising teacher scans it for completion and submits it to the assigning teacher. If it’s satisfactory, the student will receive a grade for it based on how late it was turned in. The most points available for a ZAPped assignment is 80 percent.

Rowland said the program was a success at his previous school in Texas.

The other program, Second Step, is a program designed to deal with the more subjective side of learning — the soft skills and life skills students will need to succeed outside the classroom, as well as inside it.

In May, vice principal Lori Rommel took a group of teachers to visit the Vail School District to observe the implementation and success of Second Step in the district, which has been using the program for nearly a decade.

Second Step, developed by the Committee for Children (CFC), is an SEL program: social-emotional learning. The program, which is taught in 24 half-hour segments, focuses on improving students’ academic success while cutting down on some common problem behaviors.

According to Rommel, skills like anger and emotional management, focusing on attention and listening skills, and learning soft skills like empathy, compassion and understanding are just as important to education as math and language arts.

“They’re learning to be citizens of the world,” she said.

Implementation can be a challenge, especially when confronted with a limited amount of time to teach all of the core standards set forth by AzMERIT.

Rommel said it’s up to each teacher to decide when and how to include the Second Step programming. She explained that elementary teachers will work the material into their regular teaching routine, while middle school teachers plan to use Phantom Academy time to present it.

“The teachers are all very excited,” she said. “It’s scripted, it’s easy to implement, and they can do all their training online with the resource materials.”

Rommel said the district plans to conduct their own analysis of both programs in May to determine their success.