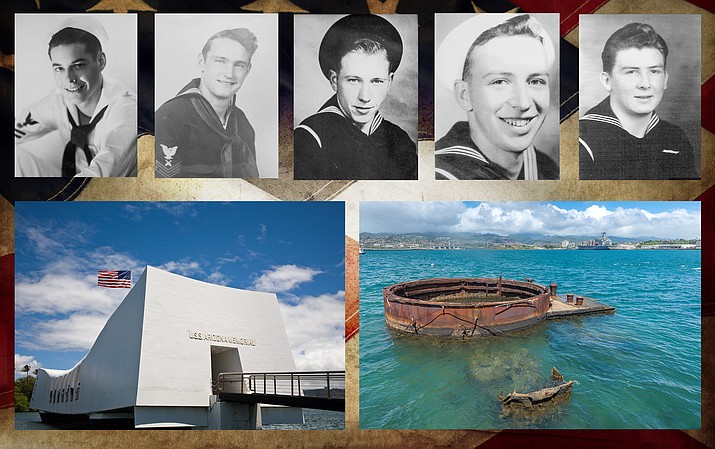 December 7, 1941; a morning just like any other at the U.S. Naval Base at Pearl Harbor, Hawaii. Over the course of just two hours, the entire world would change.

At 7:48 a.m., more than 300 Imperial Japanese attack planes swarmed the American fleet in an unprovoked attack — the US had not yet entered World War II. The short attack damaged or destroyed more than 20 naval vessels and 300 planes; 2,403 men were killed and another 1,178 were wounded.

Of the eight U.S. battleships damaged or sank that morning, all were raised except one. Six went on to continue fighting, as Congress declared war on Japan the following morning and Germany and Italy three days later.

Only the USS Arizona remains where she sank at Pearl Harbor 75 years ago. Today, the last five survivors of the attack — Lauren Bruner, Lou Conter, Lonnie Cook, Ken Potts and Donald Stratton — will pay their final salute to fallen comrades at the USS Arizona Memorial in Hawaii, thanks to a crowdfunding effort led by their families. Three other survivors, John Anderson, Clare Hetrick and Raymond Haerry, have passed since the effort to raise funds was established last year. Anderson and Hetrick will both be interred with their shipmates on the USS Arizona.