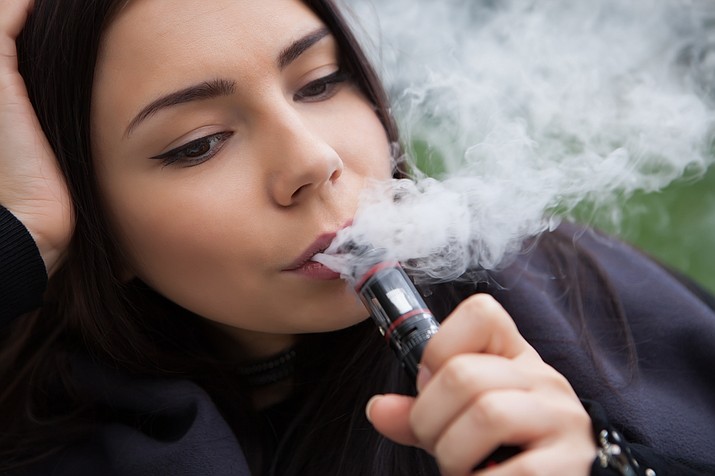 Vaping has become popular among teens. The Arizona Department of health Services has launched a new campaign to warn parents and children about the hazards of the habit.

PHOENIX — On Oct. 24 the Arizona Department of Health Services launched a new public awareness campaign that teaches youth about the dangers of nicotine and e-cigarettes.

The campaign, called “Vape is a Lie,” teaches Arizona youth that many of the same dangerous chemicals found in traditional tobacco products are also found in e-cigarettes, but are often disguised with flavors appealing to young people.

Vape is a Lie features a series of three public service announcements and a website, vapeisalie.com, where Arizona youth can learn more about the dangerous chemicals commonly found in e-cigarettes, often referred to as vape pens. They also share about the consequences of becoming addicted to nicotine.

“There is no safe level of nicotine for children,” said Dr. Cara Christ, director of the Arizona Department of Health Services. “Based on the research we conducted with several youth focus groups, there is a misconception that using a vape pen is not as dangerous as a regular cigarette. The truth is there are many of the same dangerous chemicals in a vape pen that are in a cigarette, including nicotine which is a highly addictive chemical.”

Christ said Arizona youth understand the dangers of tobacco, which is reflected in the decrease in the rate of youth in the state who have tried tobacco once or are regular users.

“The number of children in our state who are using nicotine products continues to decrease every year, which is great news for Arizona,” Christ said. “While the number of youth tobacco users is decreasing, the number of kids using e-cigarettes is increasing. With flavors like bubble gum, berry slushie, and peanut butter and jelly, it is clear that vape pens are targeted for youth.”

A 2016 Centers of Disease Control and Prevention Vital Signs report showed e-cigarette companies have increased advertising spending nationwide, from $6.4 million in 2011 to $115 million in 2014. During the time e-cigarette ads have increased, there are also increases in use among United States youth. From 2011 to 2014, e-cigarette use increased from fewer than one percent to almost four percent among middle school students and from fewer than two percent to 13 percent among high school students.

“Prevention of high risk behaviors that can have a negative impact on health is a critical component of public health,” Christ said. “We know youth in Arizona are smart and well informed about the dangers of using e-cigarettes.”