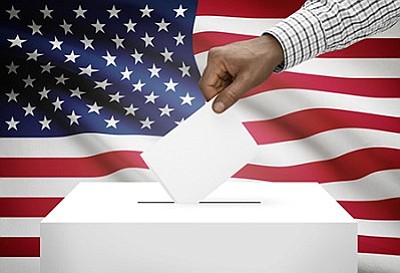 WILLIAMS - Voters in the Williams City Council Primary Election, held Aug. 30, have incumbents Frank McNelly and Jim Wurgler leading the race for the three open seats. Coconino County Recorder's Office reported the results are unofficial and official results will be announced next week.

With three seats up for election this fall on the Williams City Council as well as the mayor's seat, seven people declared their candidacy.

Moore is running uncontested and with 341 votes cast has received 312 votes or 92 percent of votes. There have been 29 write-in votes.

If any candidate in the primary election receives a majority of the votes, the candidate will be elected to the council and will not need to compete in the Nov. 8 general election. The majority of vote is calculated by dividing the total number of votes cast by the number of vacant seats. Thus of the 1,145 votes, 191 votes are the majority (50 percent plus one).

If the prelimary results remain unchanged, McNelly and Wurgler will have reached the majority votes needed and would retain their council seats.

More information can be found at http://www.coconino.az.gov/elections.