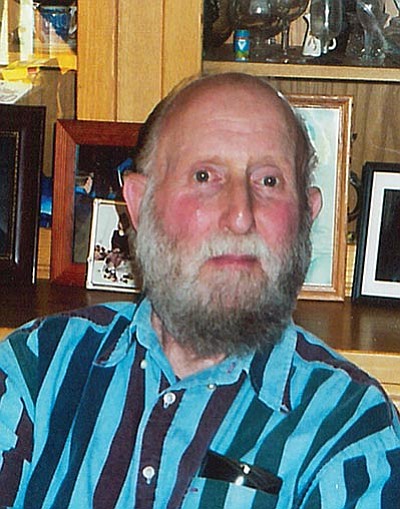 Howard Whiteford Turner Jr. of Parks, AZ and formerly of Black Horse, MD passed away Friday, July 29, 2016 at his home in Parks, AZ. He was 85 years old. He was born December 10, 1930 in Baltimore, MD. He graduated from Jarrettsville High School in Harford County, MD in 1948. He married Doris Brown in 1949 and they were married for 49 years. He was a dairy farmer and loved animals and working outside. When he retired he moved to Arizona and enjoyed watching elk and antelope in his front yard. His home church was Bethel Presbyterian Church in Madonna, MD. He is survived by his children: James H. Turner of Monkton, MD; Rosanna T. Ringer of Florence, AZ; and Mary T. Renfrow of Parks, AZ; and his sister Nancy Berigtold of White Hall, MD. He is also survived by 6 grandchildren, 10 great-grandchildren along with 2 step grandchildren, and 3 step great-grandchildren. He is preceded in death by his wife, Doris Turner; 1 son, Andy Turner; 1 grandchild, Billie Jo Sanchez; and his sister Dr. Elizabeth Turner. A private memorial service will be held at a later date. Arrangements are by Lozano's Flagstaff Mortuary.