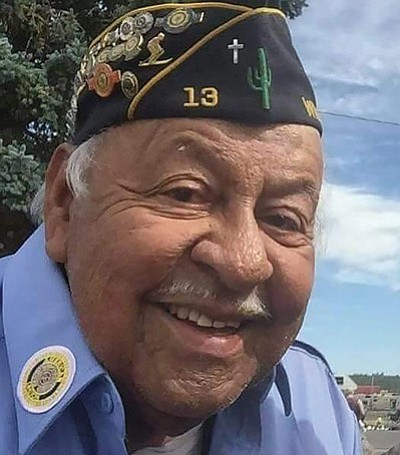 Perico served in the Army during the Korean War. He was active in the American Legion Cordova Post 13 and served as Post Commander. Most recently he served as the Post Chaplain.

Perico was a die-hard Phoenix Suns fan. His biggest passion was his painting and he was dedicated and devoted to helping other veterans. He retired from the Kaibab National Forest Service.

In lieu of flowers, contributions can be made to the American Legion Post of your choice or any other veteran's organization.

A visitation will be held Thursday, August 18 at St. Joseph Catholic Church in Williams from 5 p.m. to 7 p.m. A Holy Rosary will be held on Friday at 9:30 a.m. at St. Joseph Catholic Church with a funeral mass following at 10 a.m. Burial will follow at the Williams Cemetery. Arrangements are by Lozano's Flagstaff Mortuary, www.FlagstaffMortuary.com