Tourism to Grand Canyon brings in $584 mil to local economies 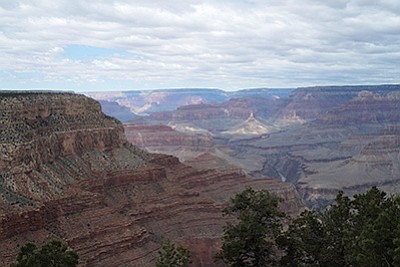 GRAND CANYON, Ariz. - A new National Park Service (NPS) report shows that 5.5 million visitors to Grand Canyon National Park (GCNP) in 2015 spent $584 million in communities near the park. That spending supported 8,897 jobs in the local area and had a cumulative benefit to the local economy of $813 million.

"Grand Canyon National Park had a record-breaking year in 2015, with more than 5 million visitors enjoying a world-class experience," said Dave Uberuaga, GCNP superintendent. "The visitors that come to this World Heritage Site have a positive impact on the local economy, the economy of Arizona and our national economy, returning $10 for every $1 invested."

The peer-reviewed visitor spending analysis was conducted by economists Catherine Cullinane Thomas of the U.S. Geological Survey and Lynne Koontz with NPS. The report shows $16.9 billion of direct spending by 307.2 million park visitors in communities within 60 miles of a national park. According to NPS, this spending supported 295,000 jobs nationally with 252,000 of those jobs in gateway communities. The cumulative benefit to the U.S. economy was estimated at $32 billion.

The report includes information for visitor spending at individual parks and by state.

More information about national parks in Arizona and how NPS works with Arizona communities to help preserve local history, conserve the environment, and provide outdoor recreation, go to www.nps.gov/arizona.