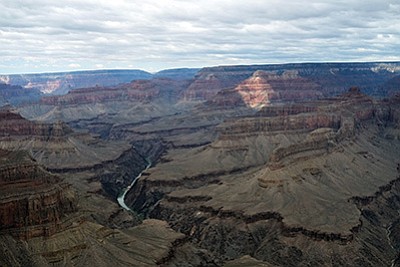 WASHINGTON - Spending by a record number of national park visitors in 2015 provided a $32 billion benefit to the nation's economy and supported 295,000 jobs, according to a report released by National Park Service (NPS) Director Jonathan B. Jarvis.

"The big picture of national parks and their importance to the economy is clear," Jarvis said of the $16.9 billion visitors spent in communities within 60 miles of a national park. "Each tax dollar invested in the National Park Service effectively returns $10 to the U.S. economy because of visitor spending that works through local, state and the U.S. economy."

"This is especially significant news to the gateway communities where national parks can be the community's primary economic engine," Jarvis said. "While we care for the parks and interpret the stories of these iconic natural, cultural and historic landscapes, our neighbors in nearby communities provide our visitors with important services like food and lodging and that means hundreds of thousands of local jobs."

The report comes on the heels of a major policy speech delivered by U.S. Secretary of the Interior Sally Jewell earlier this week. In her speech Jewell called for greater investments in national parks and public lands to prepare for the next century of conservation. The address, delivered during National Park Week, also called for a course correction in conserving America's public lands, made an argument to make our national parks more relevant to an increasingly diverse and urbanized country and called for implementing smarter, landscape-level planning to support healthy ecosystems and sustainable development on public lands.

National Park visitation is expected to grow again in 2016, the centennial year for the NPS. There are now 411 parks in the national park system, the latest is the Belmont-Paul Women's Equality National Monument in Washington D.C., established by President Barack Obama April 12.

Obama established a Centennial Initiative for the NPS anniversary and Congress is considering a centennial act to support a multi-year effort to invest wisely in the park system's most important assets, use parks to enhance informal learning, engage volunteers, provide training opportunities for youth and enhance NPS's ability to leverage partnerships to accomplish its mission.