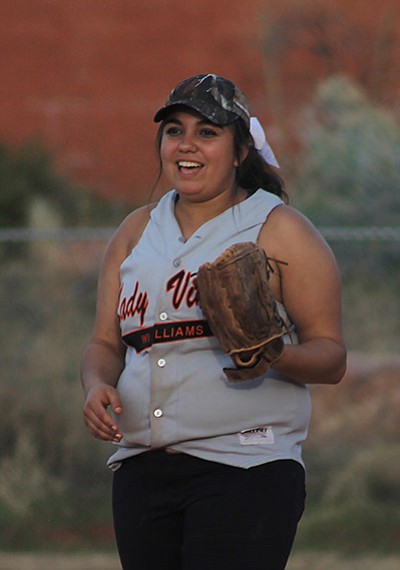 Joseph City is ranked seventh in the state for Division V schools.

Grantham was most impressed with the Lady Vikes win against Seligman.

"It was a very good win," Grantham said. "They had a really good catcher-pitcher combination."

Pitcher Carli Grantham had 12 strike-outs during the Seligman game. Frenchesca Pennington had an inside-the-park home run, and Shelbia Lathim went four for five at the plate.

"I think we are starting to do pretty good at the right time," Grantham said.

Grantham's team doubled in size since last year with enough players to outfit a junior varsity and varsity team.

The Lady Vikes are ranked 15 in Division V schools with a 7-4 overall record (2-0 in section play).

The Vikings baseball team has also done well in division play and is now ranked 13 in Division V schools with an 8-4 overall record (2-0 in section play).

The Lady Vikes and Vikings faced Mojave Accelerated April 12 (after the News went to press) and will face the Ash Fork Spartans April 19 at 4 p.m in Ash Fork.