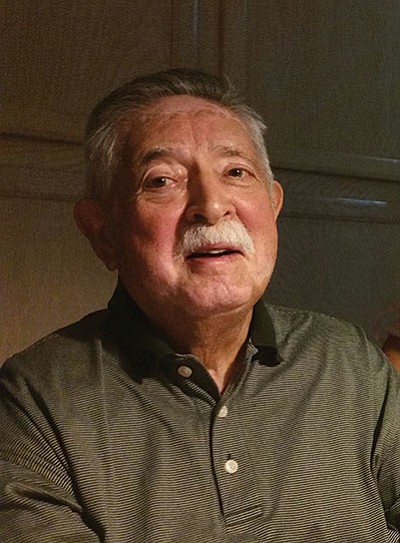 On Friday, March 18, 2016, Daniel died peacefully at home with his wife of 57 years, his four children and his grandchildren around him. Daniel was born to Daniel Sr. and Eduvijes Chavez on August 19, 1933. He married the love of his life, Margarita Cota, on January 17, 1959 in Douglas, Arizona. He came to Douglas as a Chancellor for the Mexican Consular Service during the Bracero Program. He worked in that diplomatic capacity as he began studying at Cochise College. He obtained his Bachelor's Degree for the University of Arizona in Geology - Computer Applications in Geology and Mining. He worked for Phelps Dodge, Anaconda Mining Company, and retired from the Cananea Mining Company in 1984.

A Rosary and Mass of Resurrection were celebrated on March 28, 2016 at St. Luke's Church, Douglas, Arizona with Father Gilbert Malu officiating. The burial of his ashes followed at the Calvary Cemetery.

Brown-Page Mortuary was in charge of the arrangements.