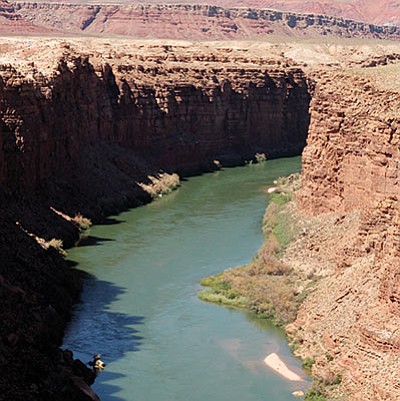 Grand Canyon Superintendent Dave Uberuaga notified staff of his decision to dismantle the river district after a pattern of sexual harassment was brought out in an investigation by the Office of Inspector General. File photo

FLAGSTAFF, Ariz. (AP) - The unit of Grand Canyon National Park that ran river trips has been dismantled following a report by a federal watchdog that found a longstanding pattern of sexual harassment there.

Grand Canyon Superintendent Dave Uberuaga notified staff earlier this month of the decision to dismantle the river district, National Park Service spokesman James Doyle said. The move was part of a series of reforms the agency outlined in response to the report.

None of the six employees lost their jobs, agency spokeswoman Vanessa Lacayo said.

The January report by the Interior Department's Office of Inspector General found that male employees who have worked in the river district preyed on female colleagues, demanded sex and retaliated against women who refused.

The river district provided emergency and medical services along the Colorado River and guided researchers, politicians and students on a dozen trips per year. Doyle said the park will continue policing the river but support for river trips, including boatmen, will be contracted out. He wasn't sure of the cost difference between maintaining the staff and hiring for services.

The Grand Canyon has its own motor boats, row boats and other equipment housed on the South Rim and will maintain it for emergency services, Doyle said.

The Park Service also vowed to have a third party review the Grand Canyon's river operations by Oct. 1. The agency's Intermountain Region director Sue Masica has said it will include practices that contributed to the culture of the river district.

The Inspector General's report focused on allegations lodged against four male employees who pressured female co-workers for sex, touched them inappropriately, made lewd comments and refused to take researchers to areas of the canyon they needed to study when their sexual advances were rejected and sometimes denied them food.

The report also found disciplinary action was inconsistent and that Uberuaga and his deputy failed to properly investigate or report allegations of misconduct.